“When I go back home, I can build one myself.”

The Syrian crisis is the world’s largest refugee crisis for almost a quarter of a century under UNCHR’s mandate. It has devastated lives; uprooting families from their homes and forcing them to leave the country to find safety elsewhere. The conflict has seen the movement of over 1.2 million refugees to Lebanon, half of which are children. The UN, different nation states and international NGO’s have delivered some support but refugee Informal Tented Settlements (ITS) do not provide a vibrant and safe atmosphere for children to grow up in. 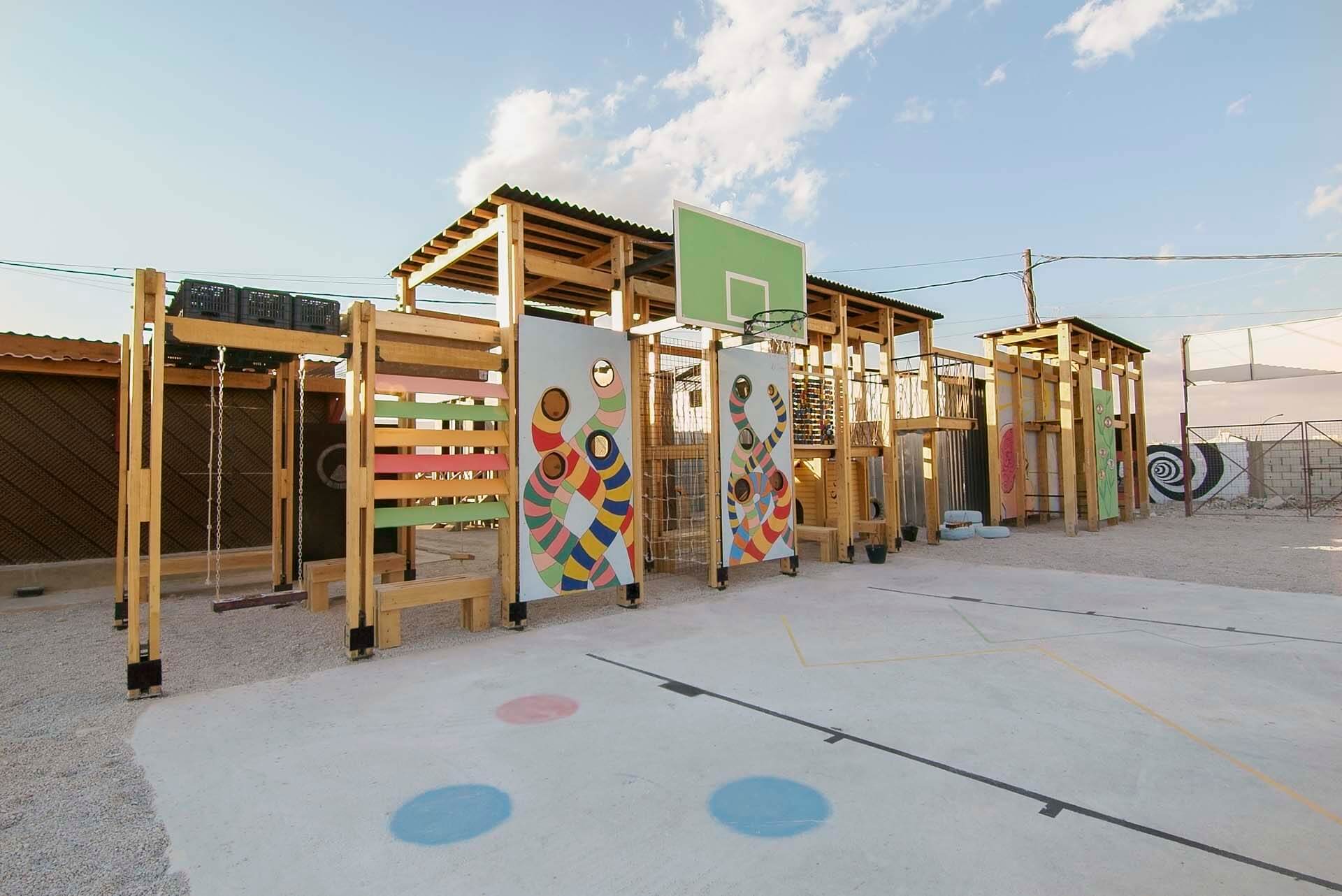 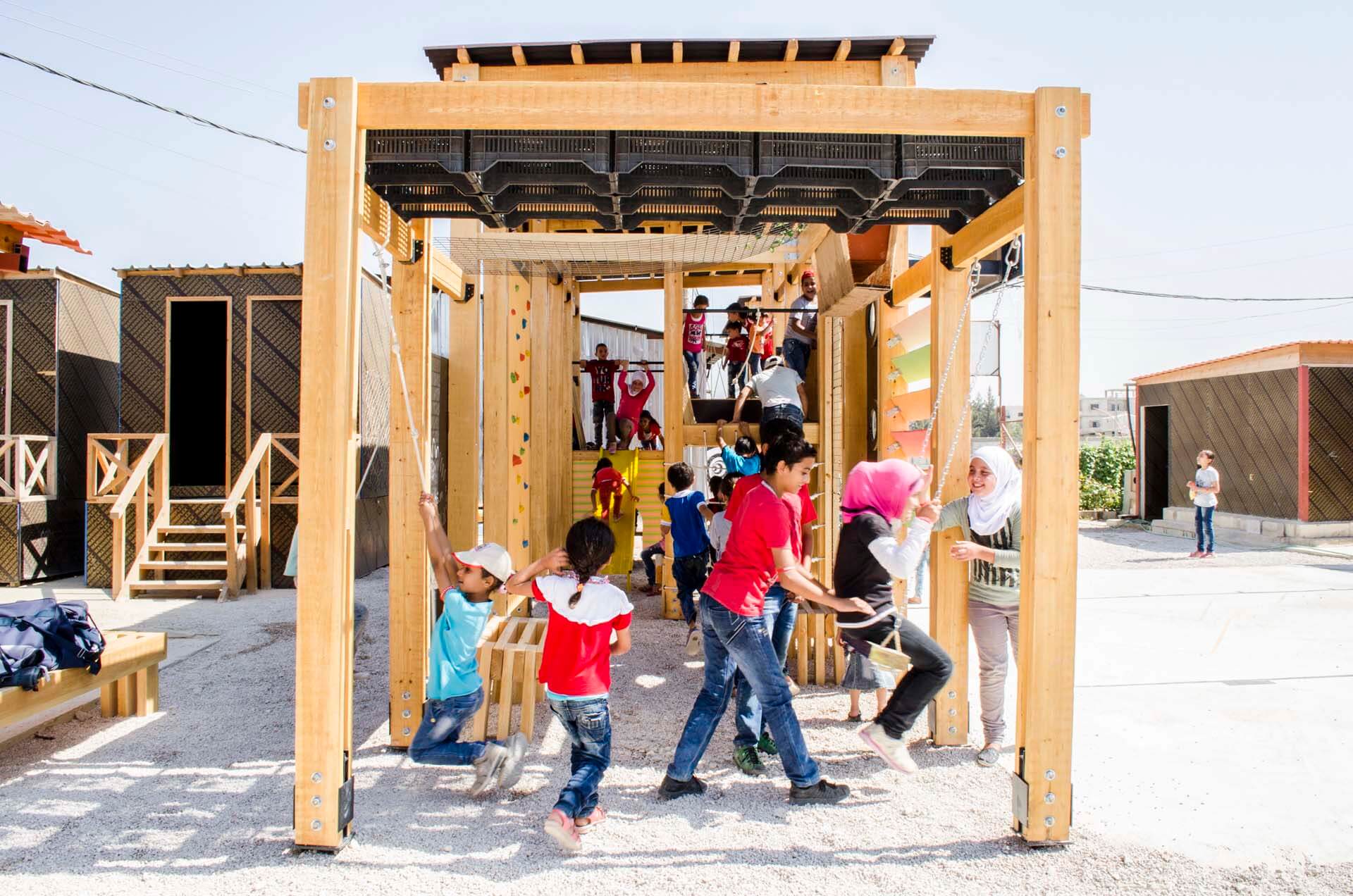 In August 2015, CatalyticAction completed the construction of the pilot project ‘IBTASEM’. This project consists of a playground design for situations of emergency response.

Children have the right to a safe childhood, an education and to play. IBTASEM playground has been designed in response to the large number of Syrian children now living as refugees in Lebanon. Visiting the informal tented settlements in the town of Bar Elias, Lebanon, as well as the schools that have been built to provide education, a main realization was that there was a lack of space solely dedicated to children. A space that would simply allow them to be children, such as a playground, such as IBTASEM!

The innovative process behind this project is not merely in its supply of playing facilities, like swings and slides, but rather in its exploration of opportunities that enable the children to design the playground themselves. IBTASEM playground has been designed and built with the input of the children since the inception of its idea. Adopting participatory art and architecture in the process prioritizes the children.

Playing is what children do best, so imagine using the act of play in design practices as an empowering tool for communities. 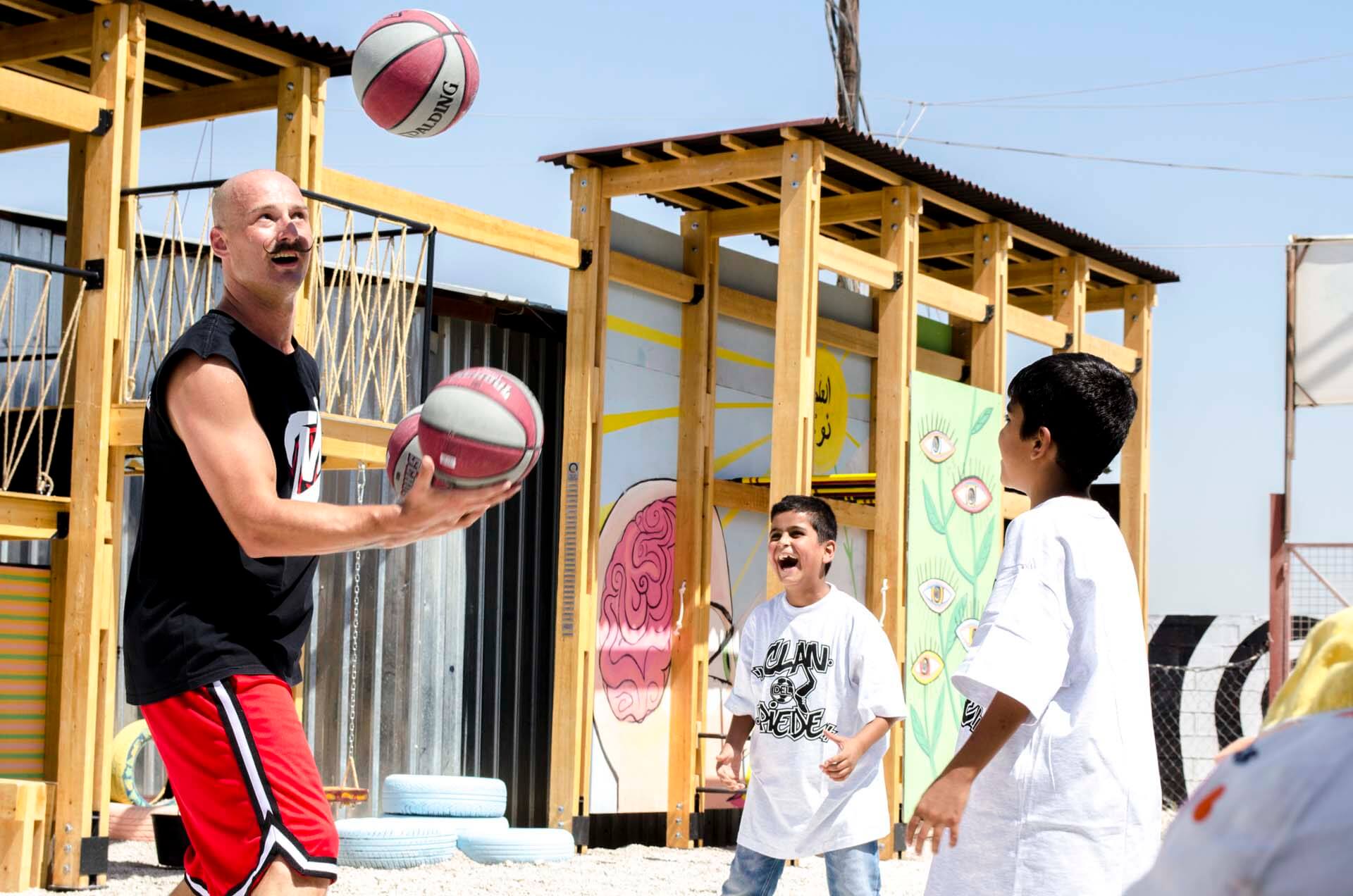 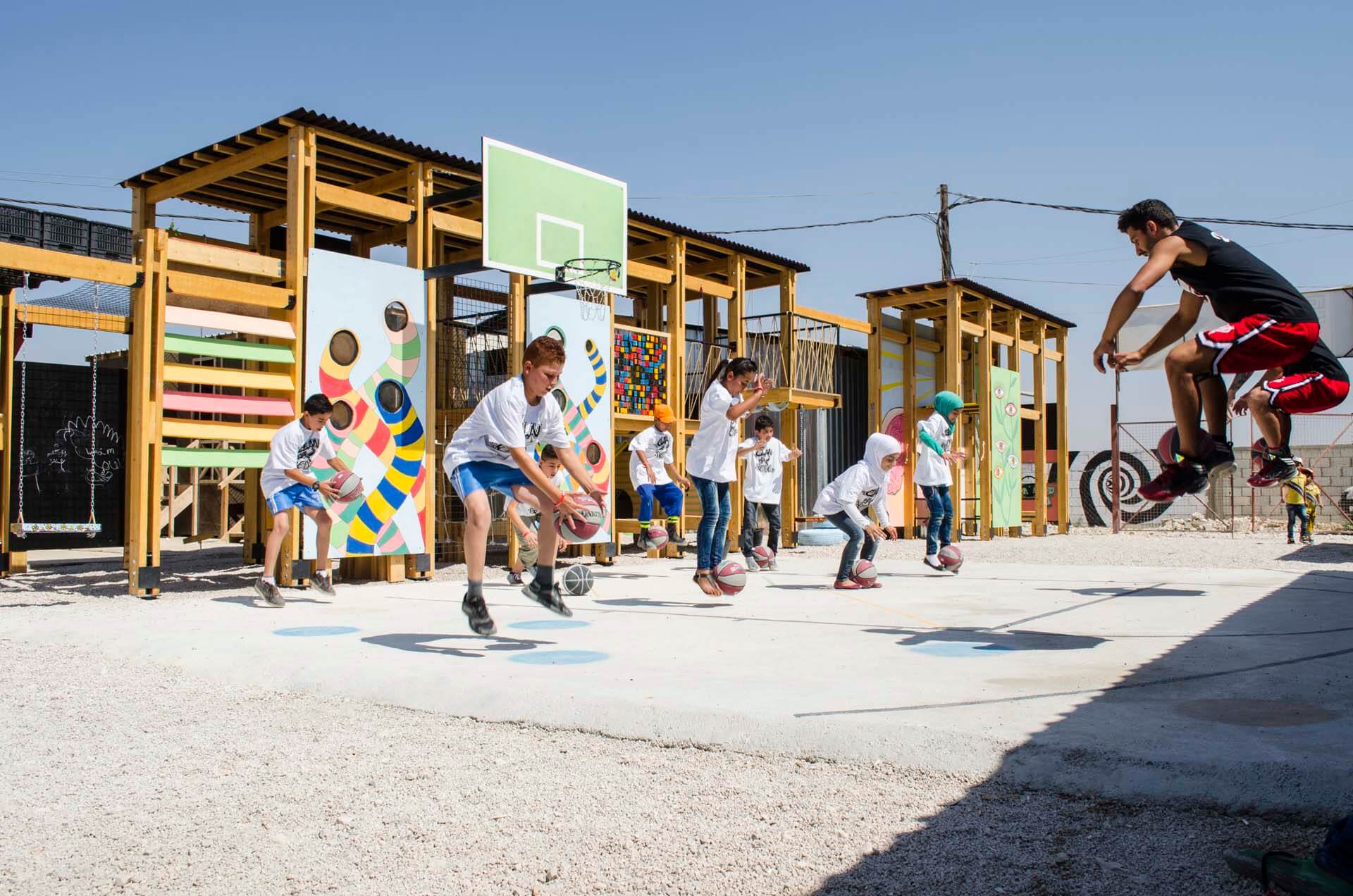 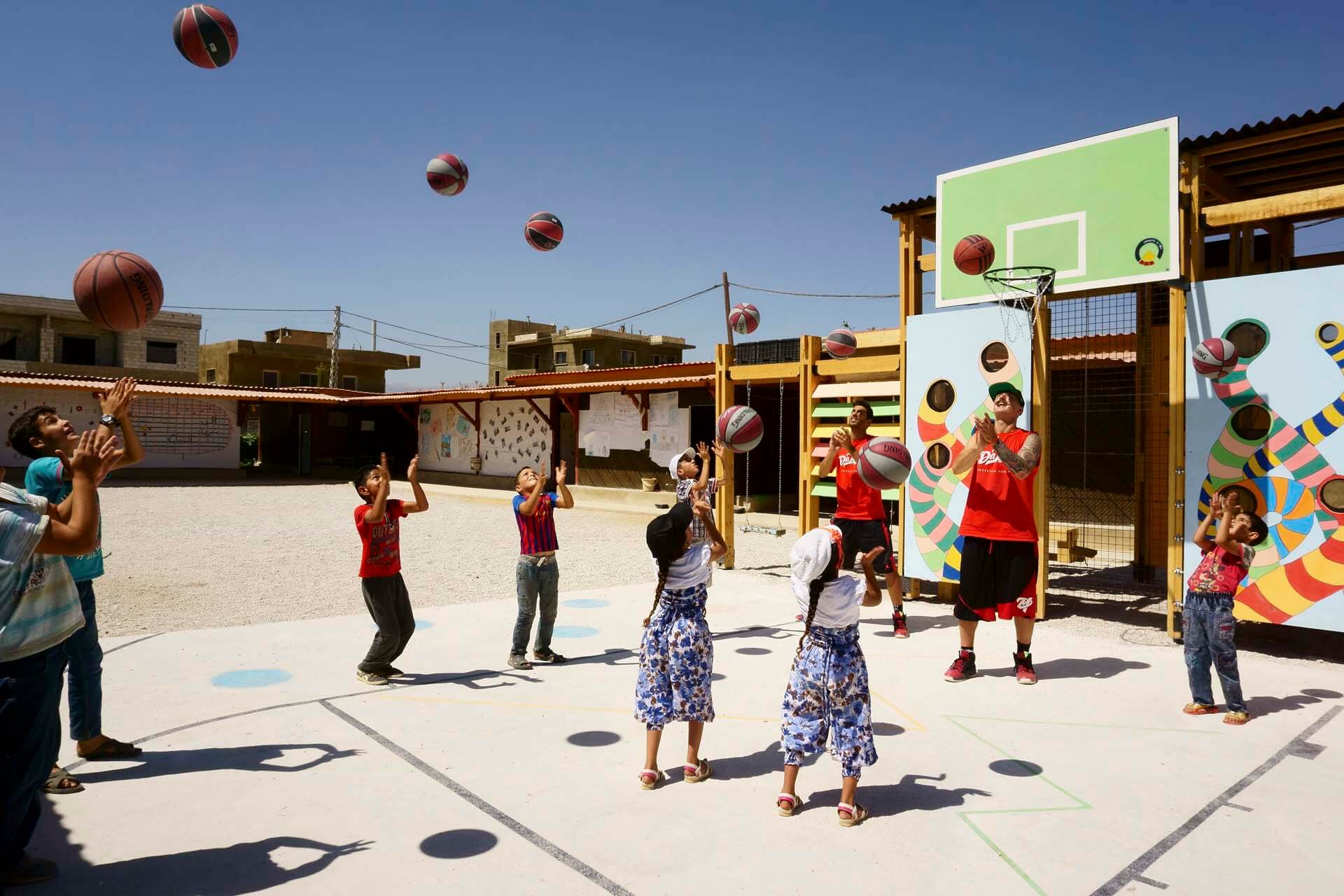 The playground has been built with the help of volunteers who participated in the international Design-Build Workshop Lebanon 2015. The workshop was divided into two phases, with the first one focusing on building the modular structure of the playground, and the second one being more concerned with the playground components and its completion. This allowed for a multicultural and interdisciplinary process.

The children developed a sense of ownership towards the playground. They knew that their role was very important;

“I am here to build the playground with you, so when I go back to Syria, I can build one myself.”

What do you think?

The playground is designed so that is easy to assemble, disassemble, transport and then either re-assemble or re-purpose. It was important for the local partner that the playground be a temporary structure. The design consists of a wooden structure that is modular and assembled on site. Inspired by the locals’ reuse of material; the design sees the use of vegetable crates, tyres, ropes, etc. 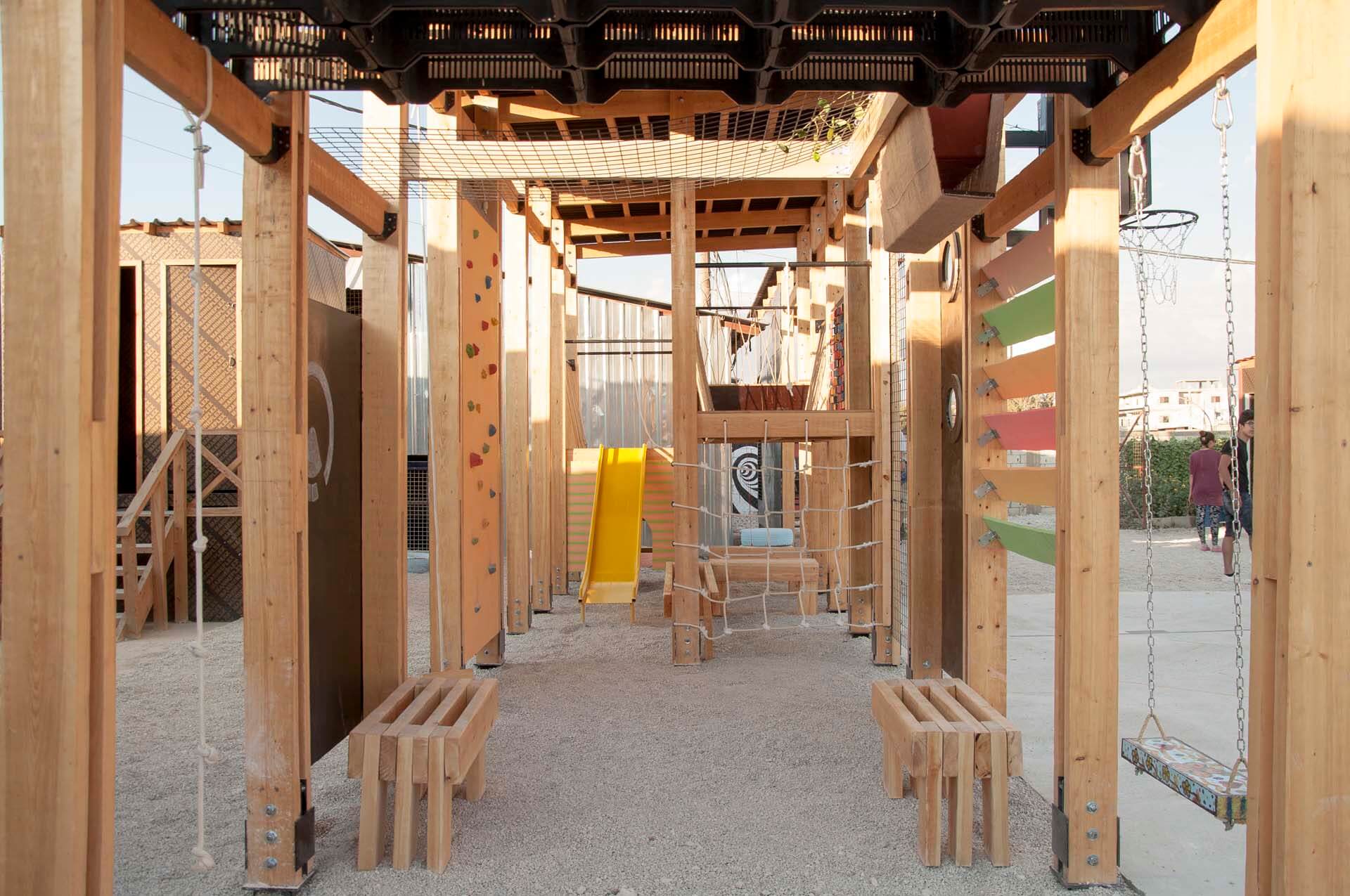 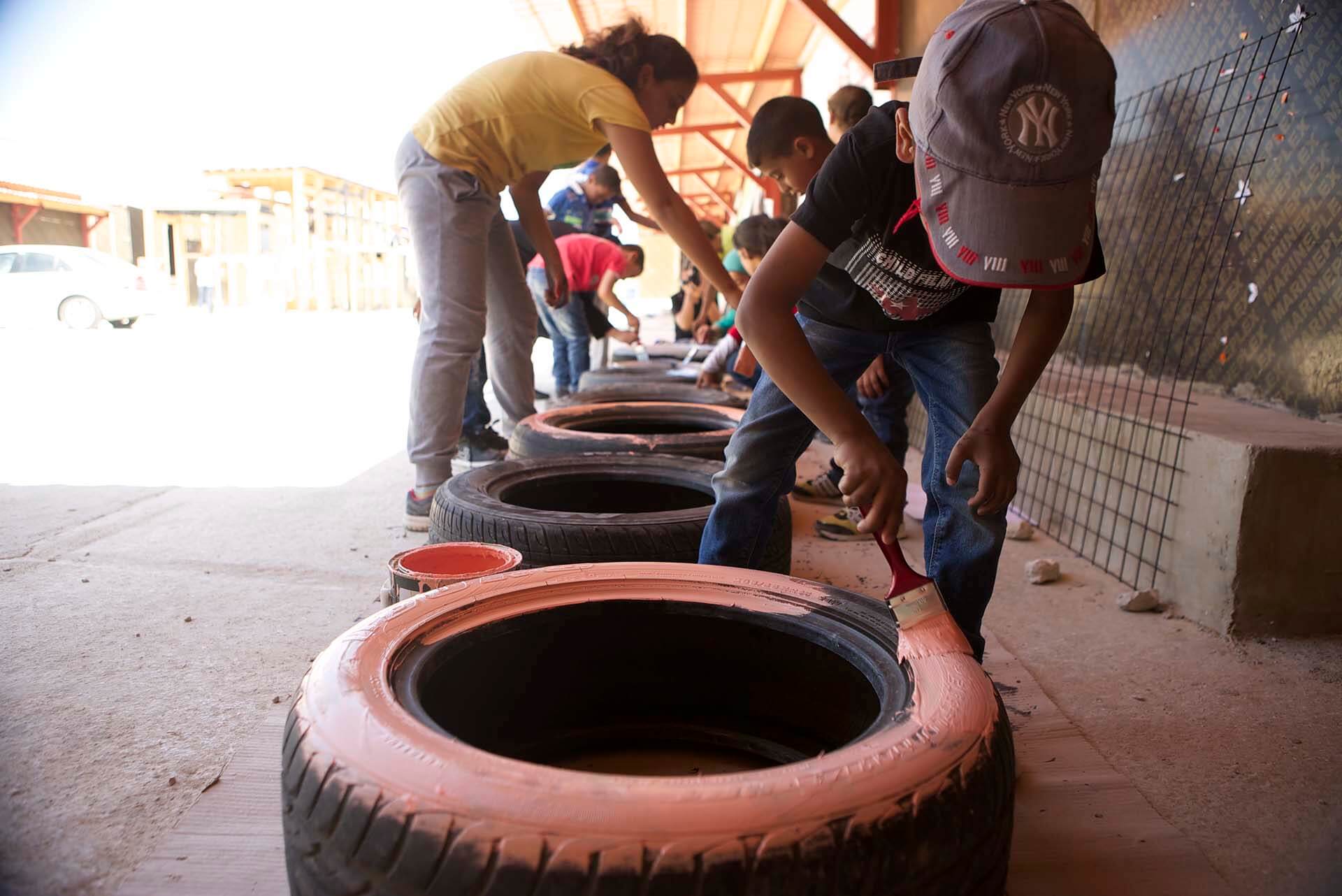 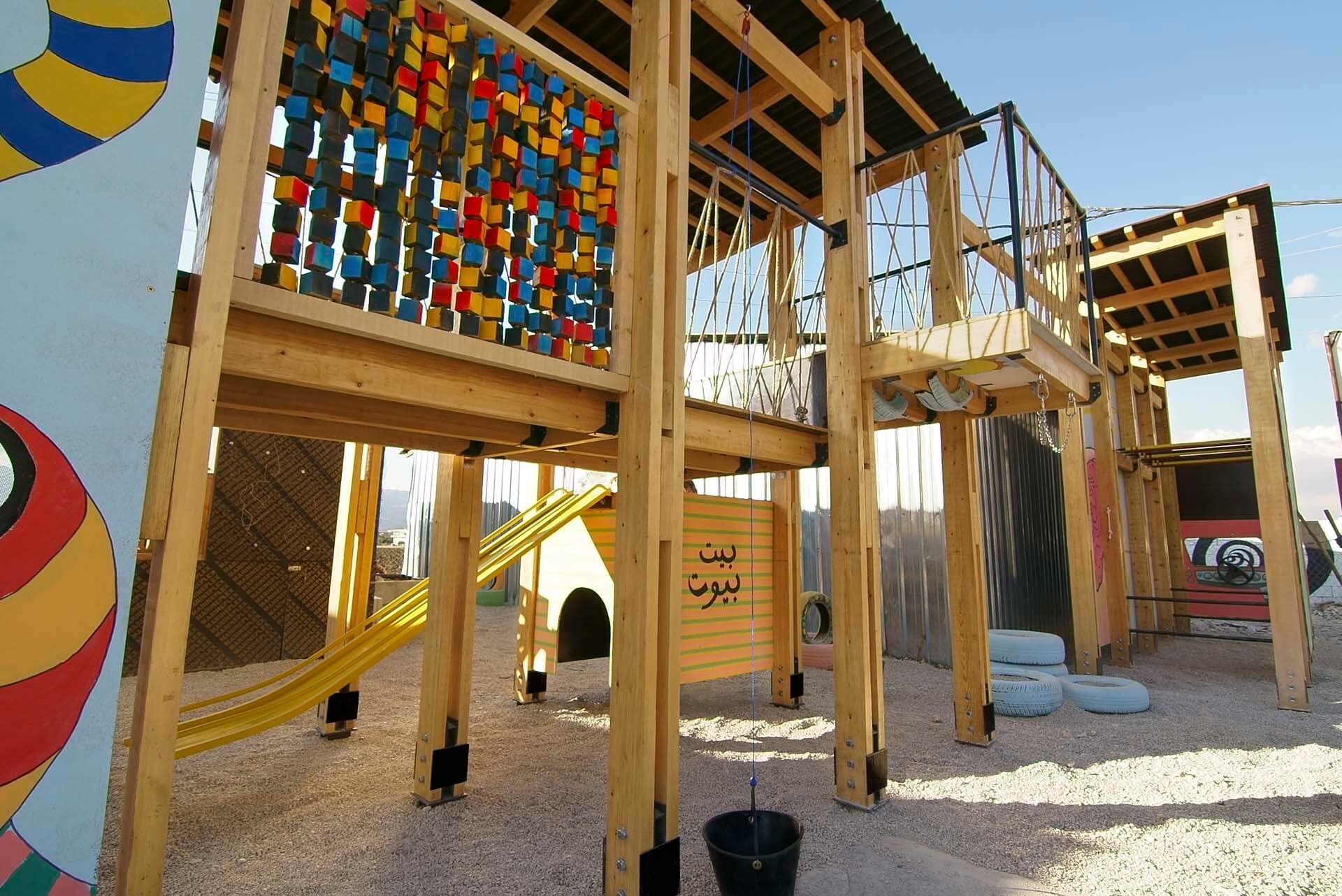 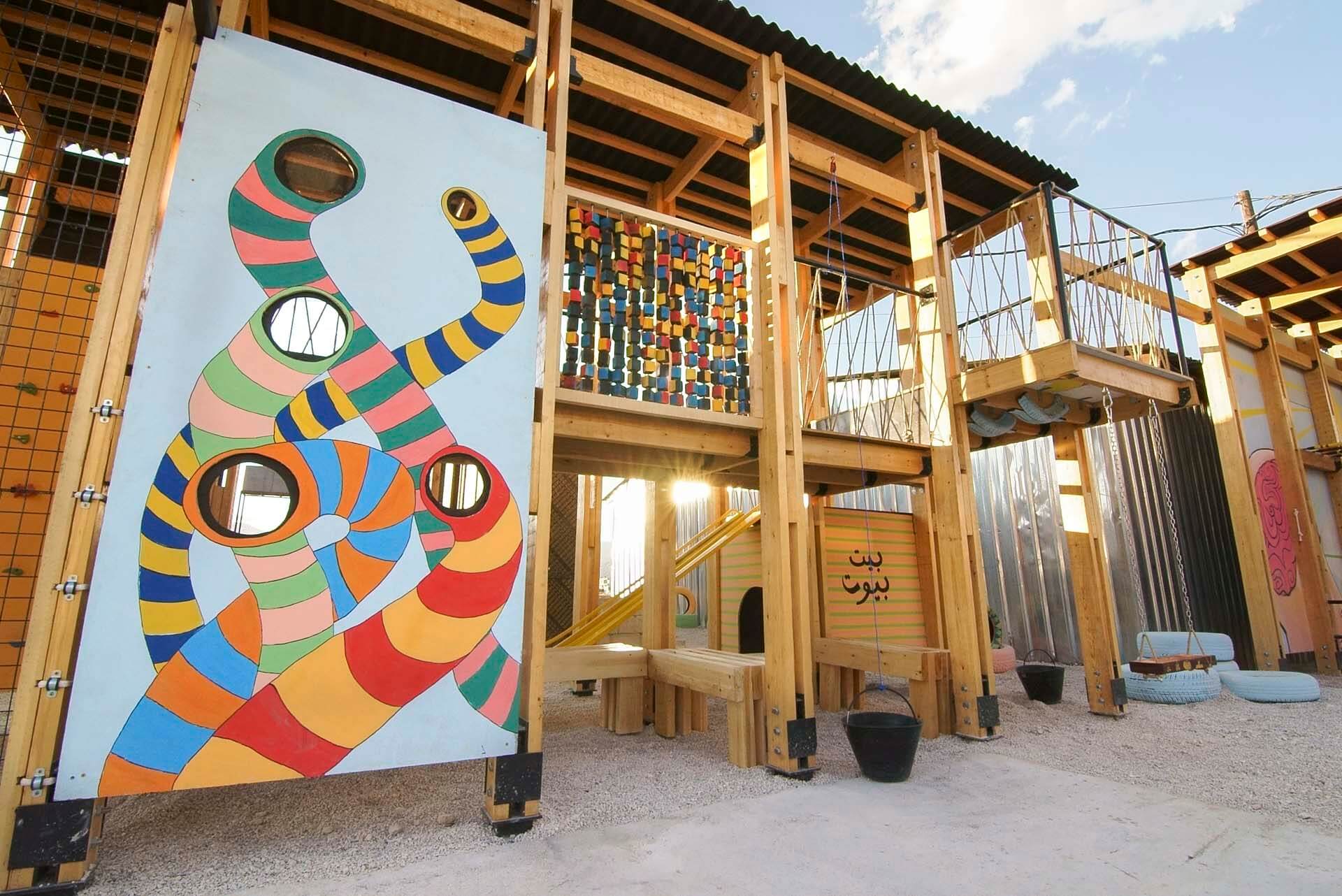 The playground space is not limited to its pillars, it is rather an exponentiation of what the children make out of it. CatalyticAction partnered with the basketball freestyle group Da Move (www.damove.com), who provided a two days training to the children. This presented a great opportunity for the children to use the playground in a fun and educational way. The inauguration day was a celebration of the day all the children were able to play freely in the playground, as well as enjoy a basketball performance by Da Move and the talents and skills of some of the children.

Right To Play Lebanon (www.righttoplay.com) supported the project by donating basketballs, as well as providing training for three of the schoolteachers on how to use play for education, therefore efficiently using the playground space.

What do you think?

The pilot project acted as a catalyst by triggering the awareness for a much-needed space for these children in a time of crisis. Currently, the team of CatalyticAction is in the ongoing process of developing future playgrounds with local partners in Lebanon. 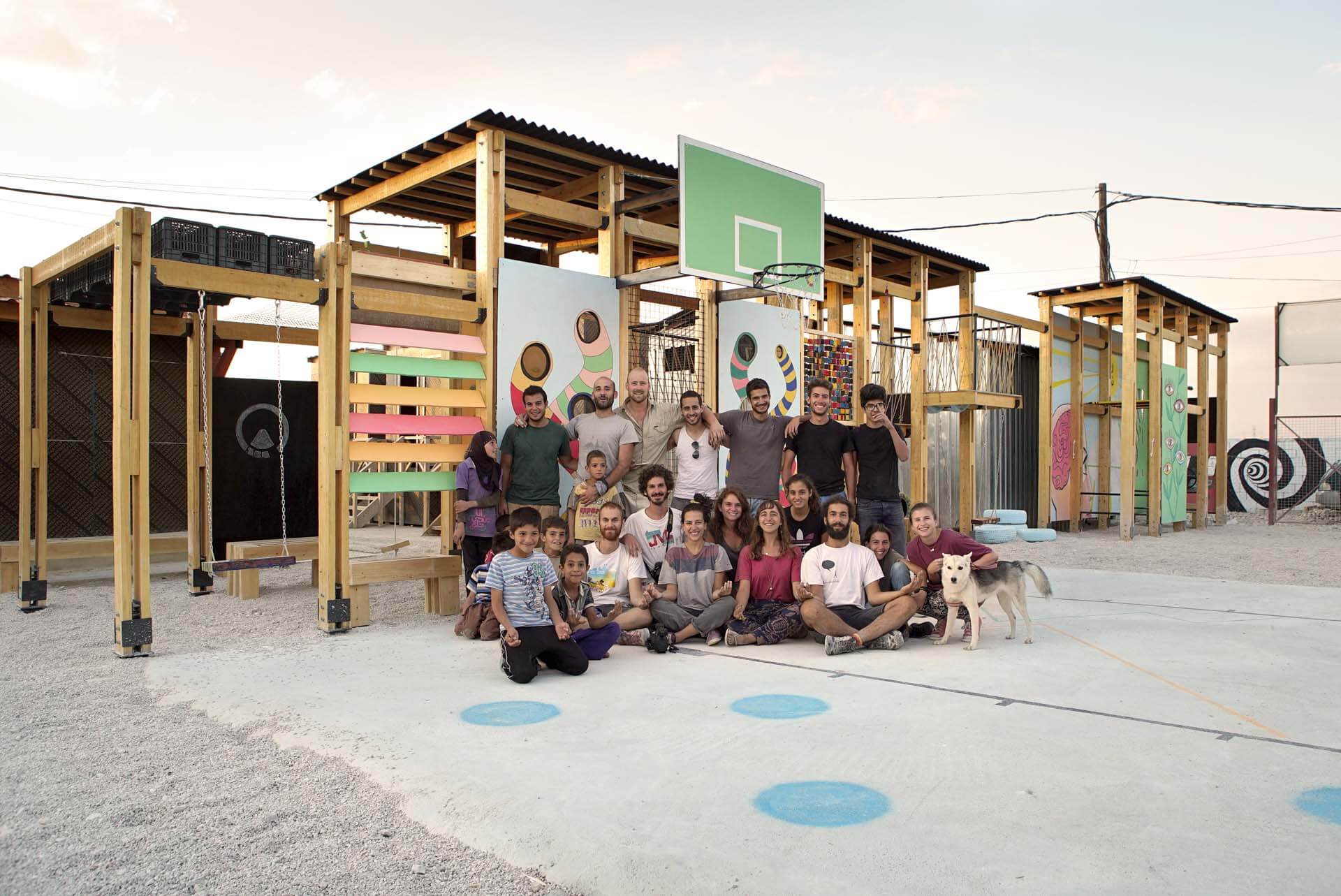 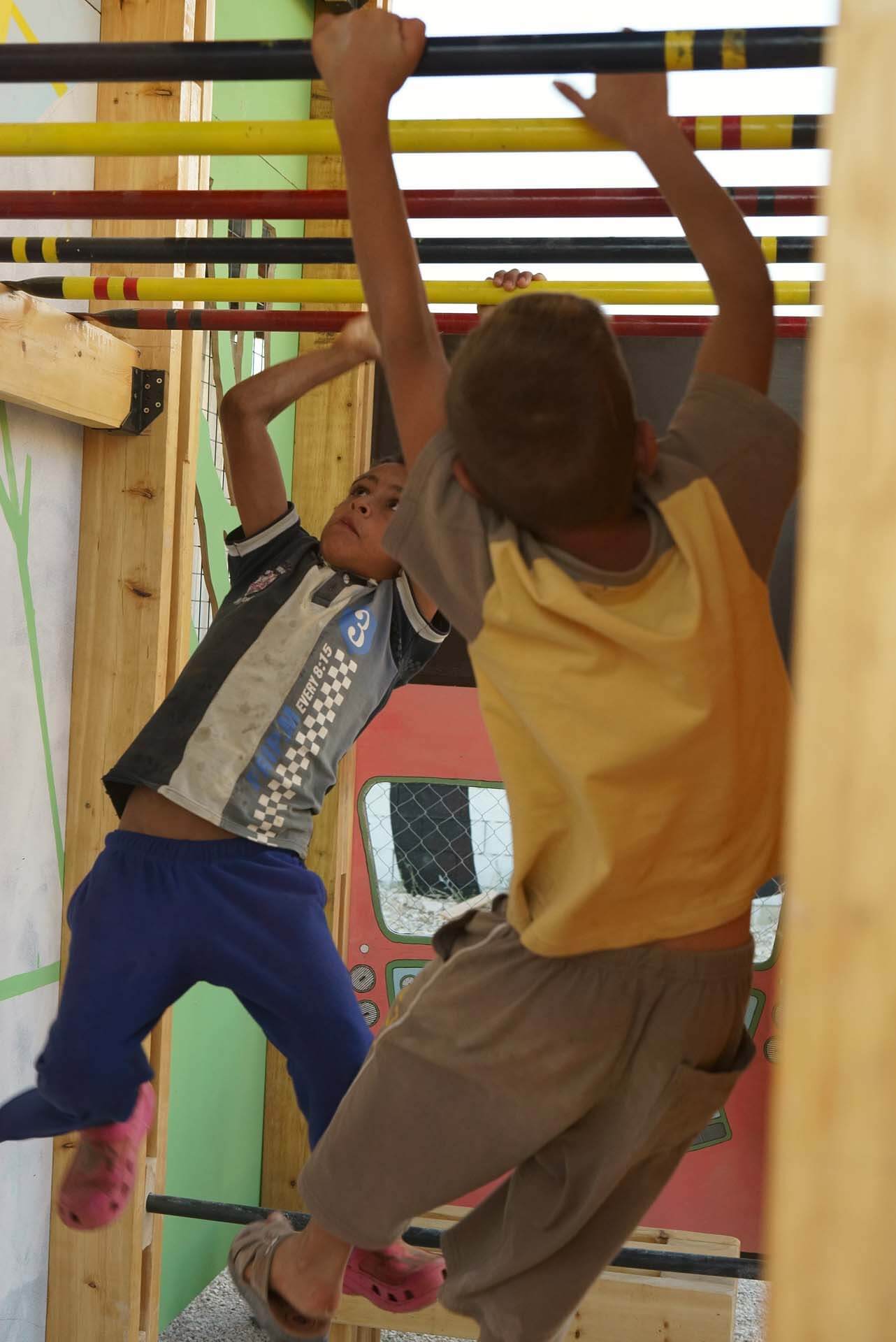 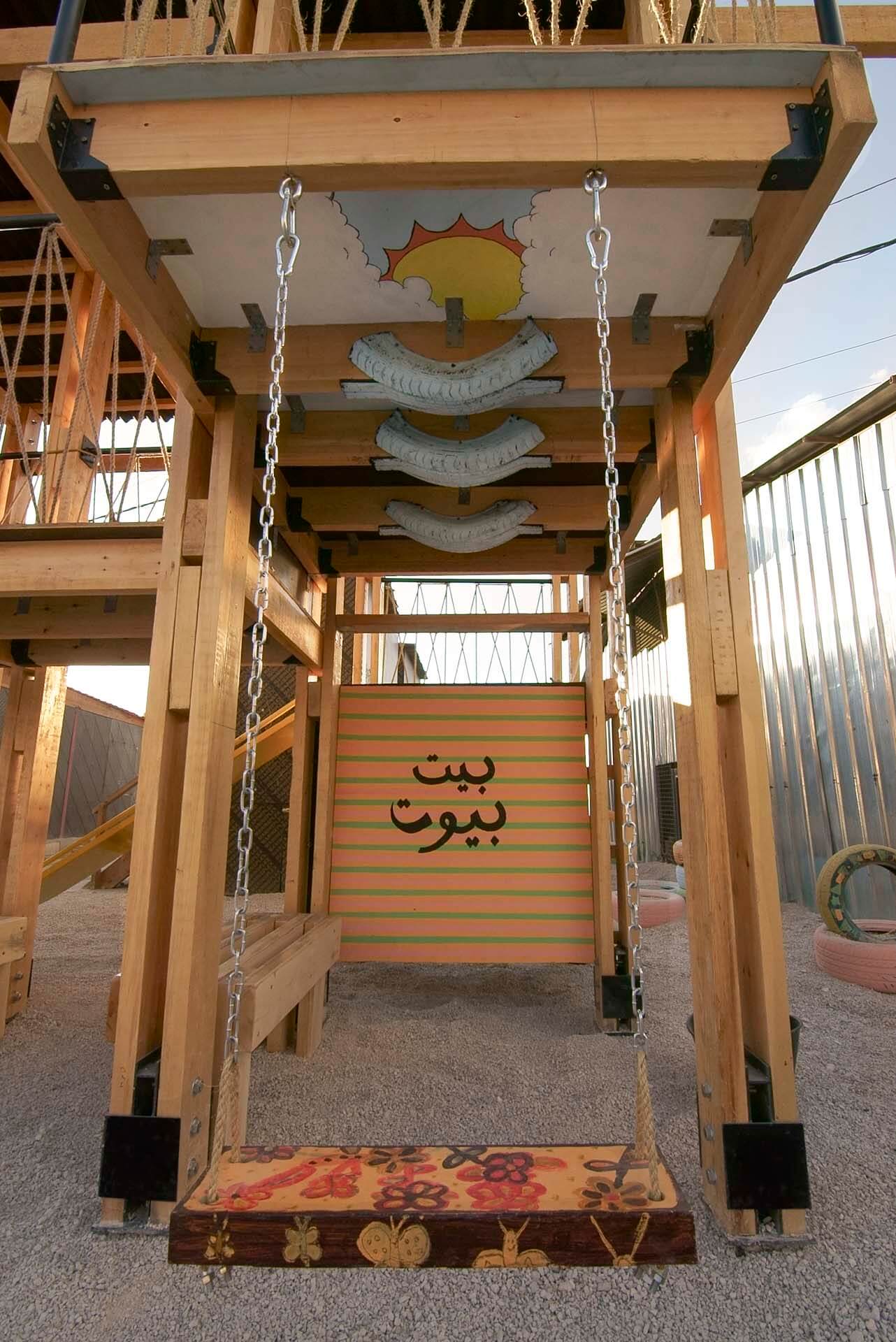 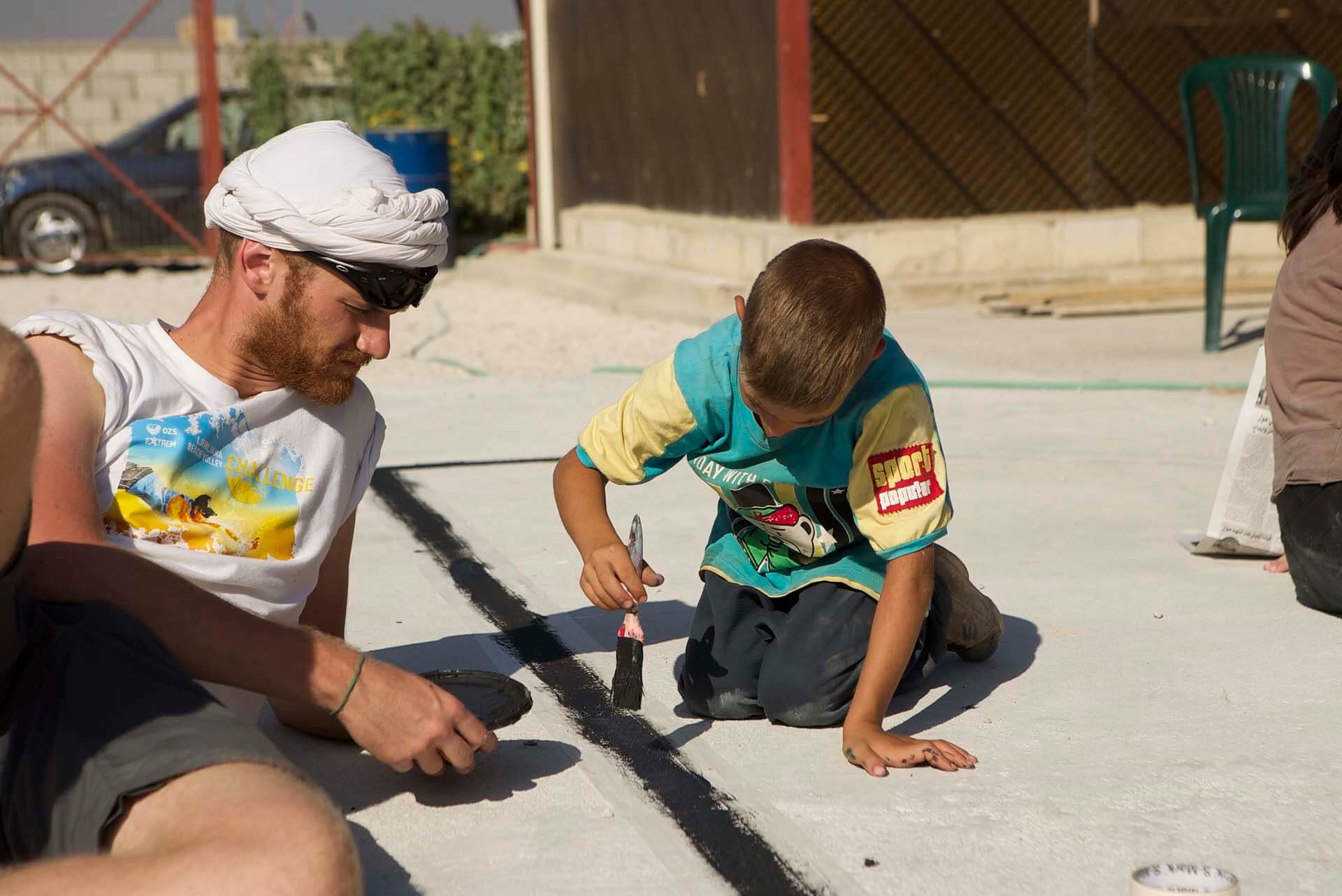 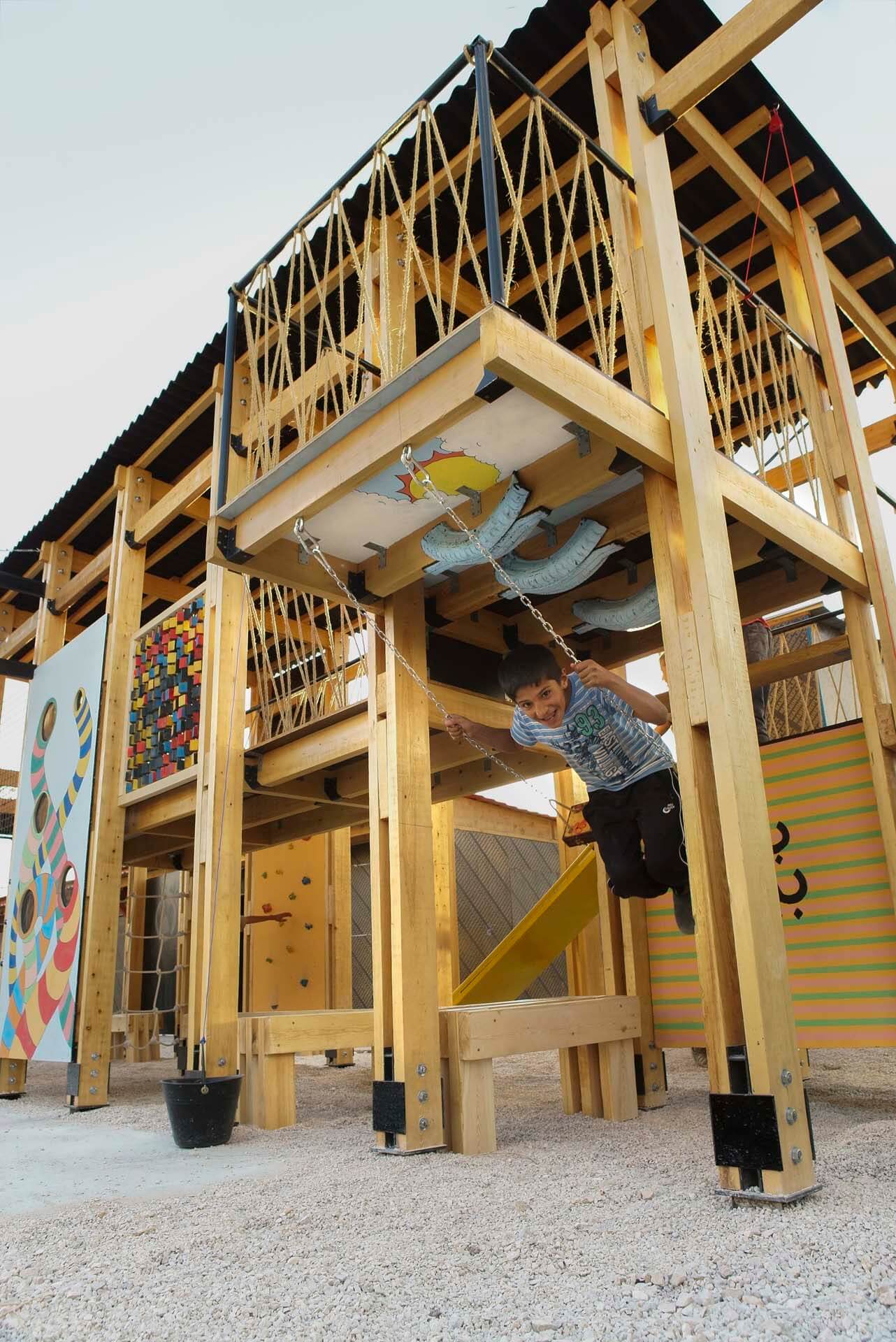 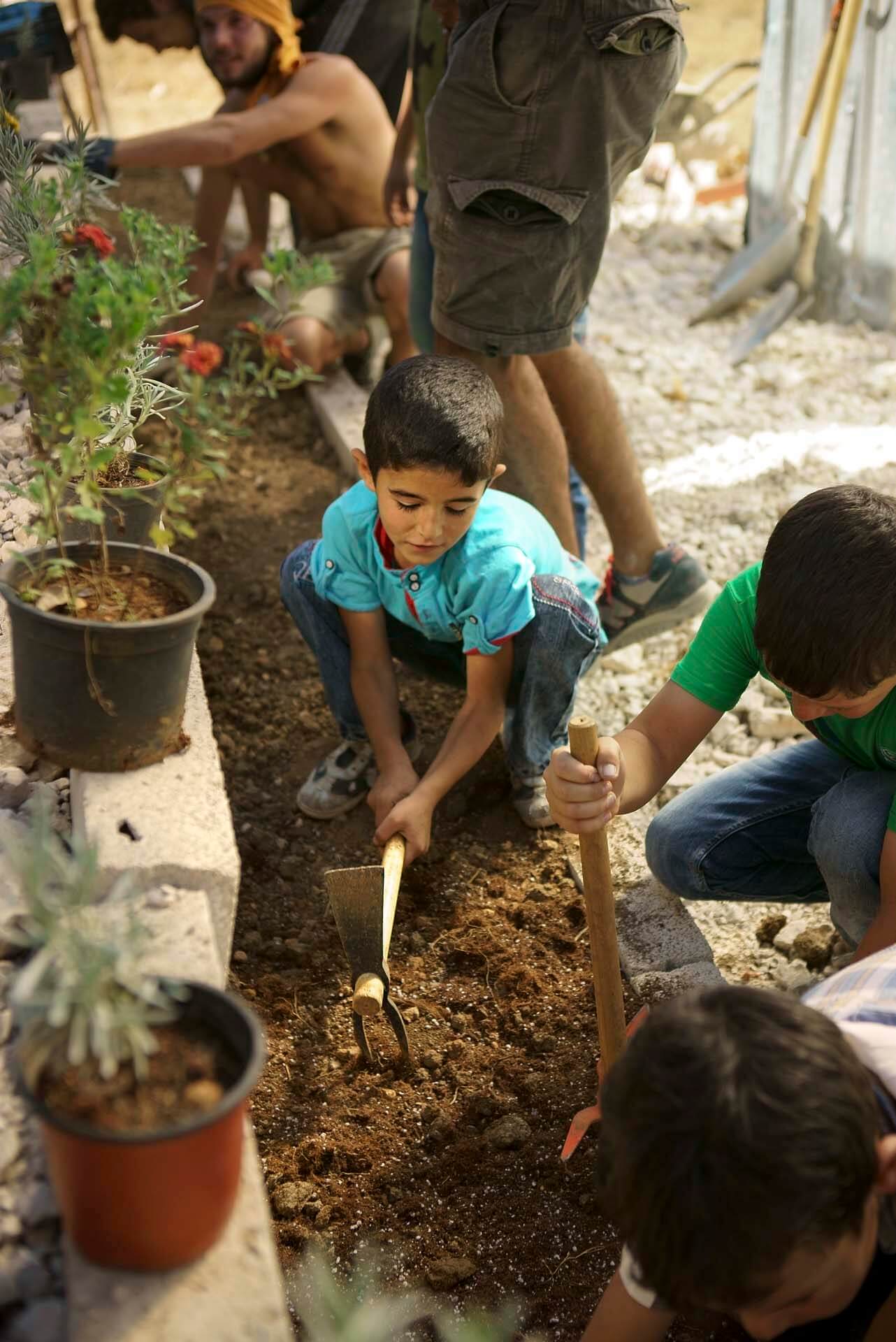 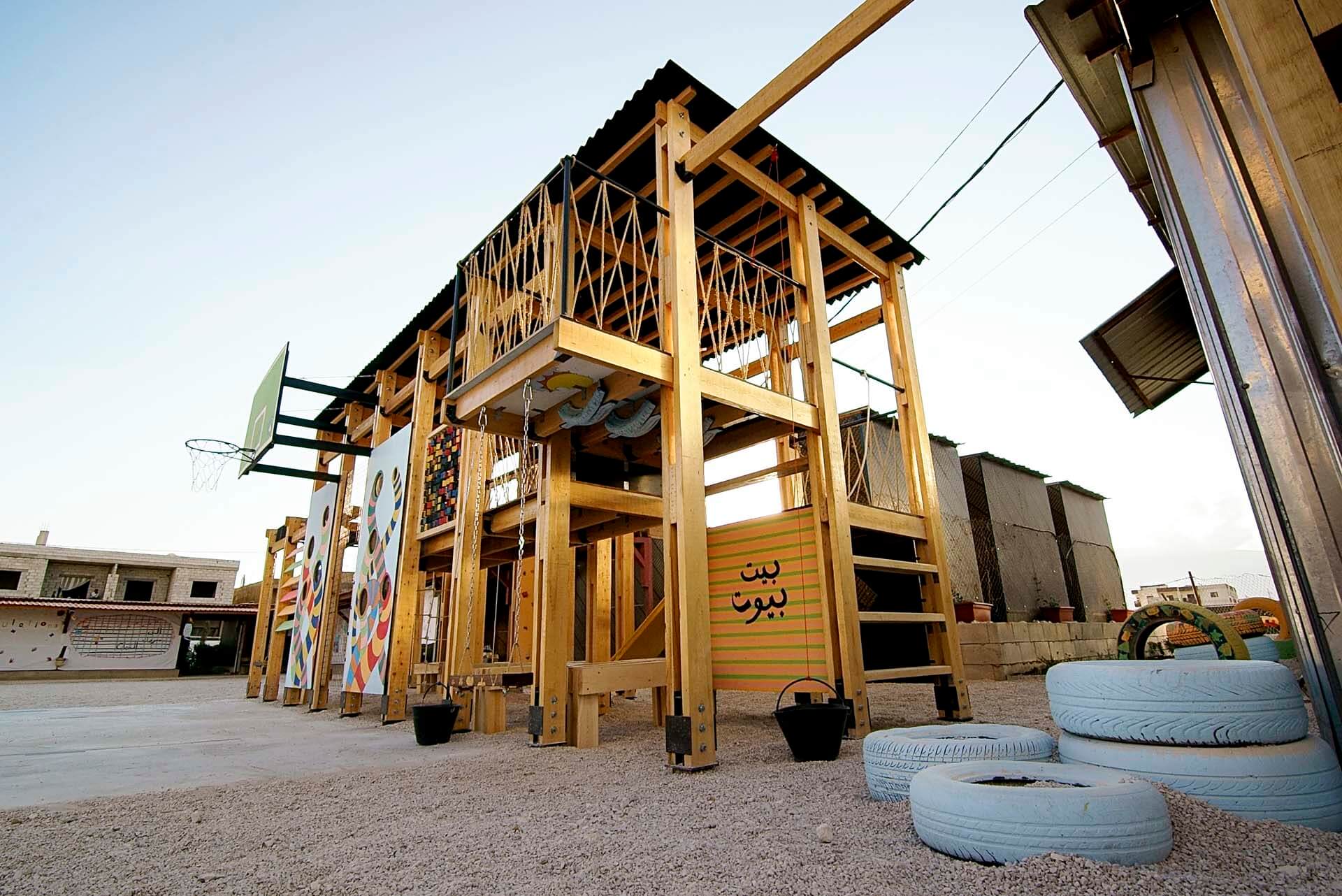 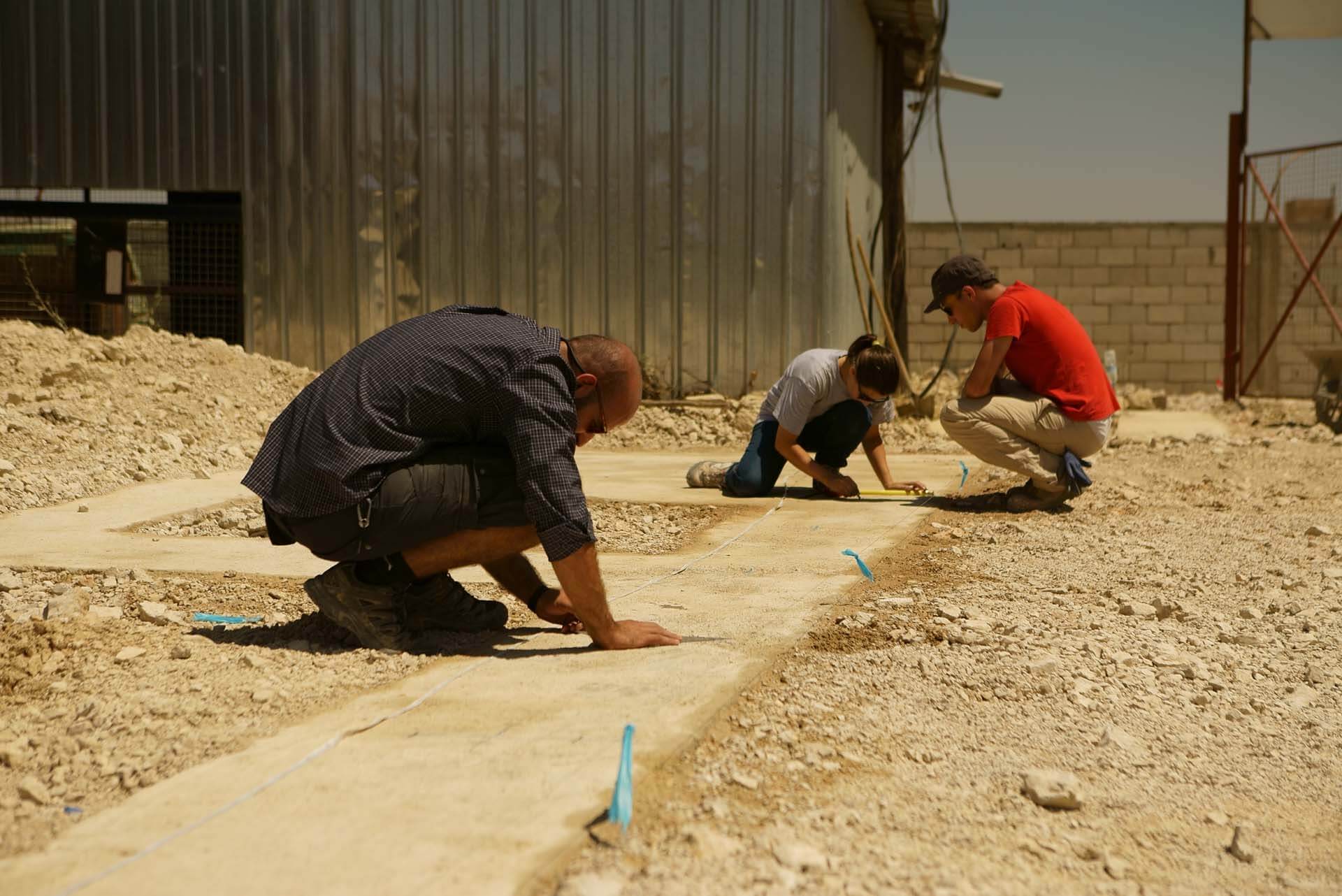 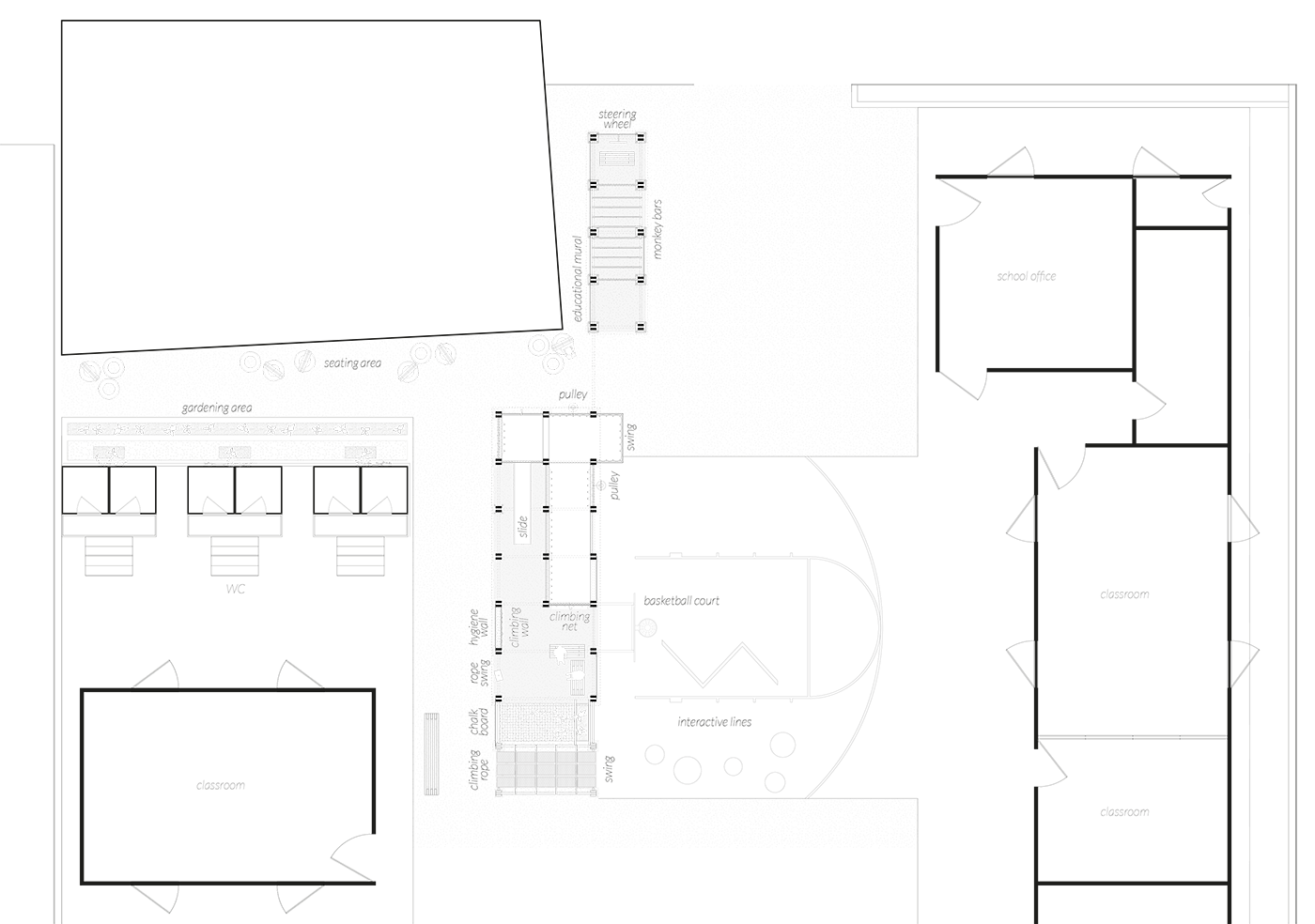 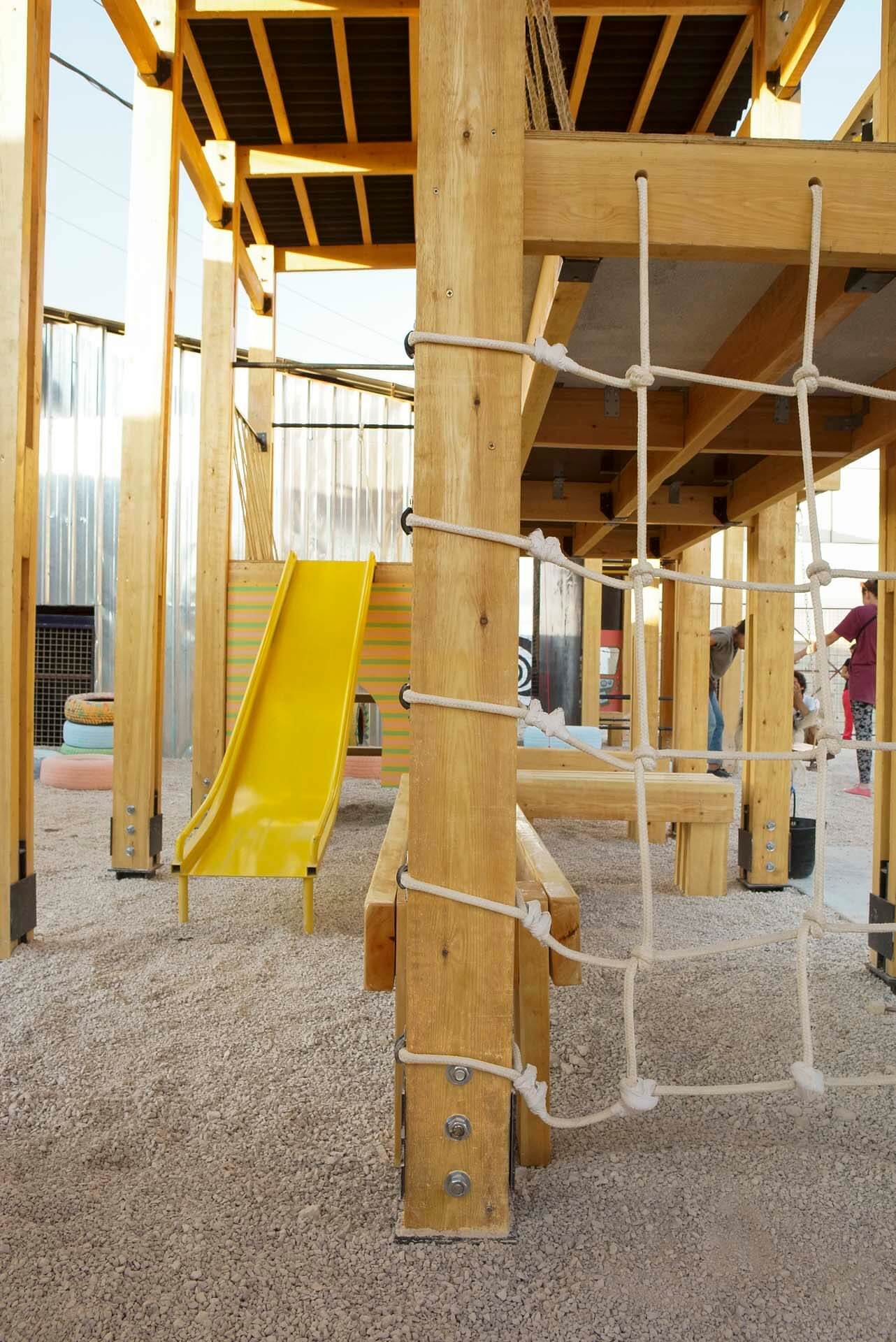 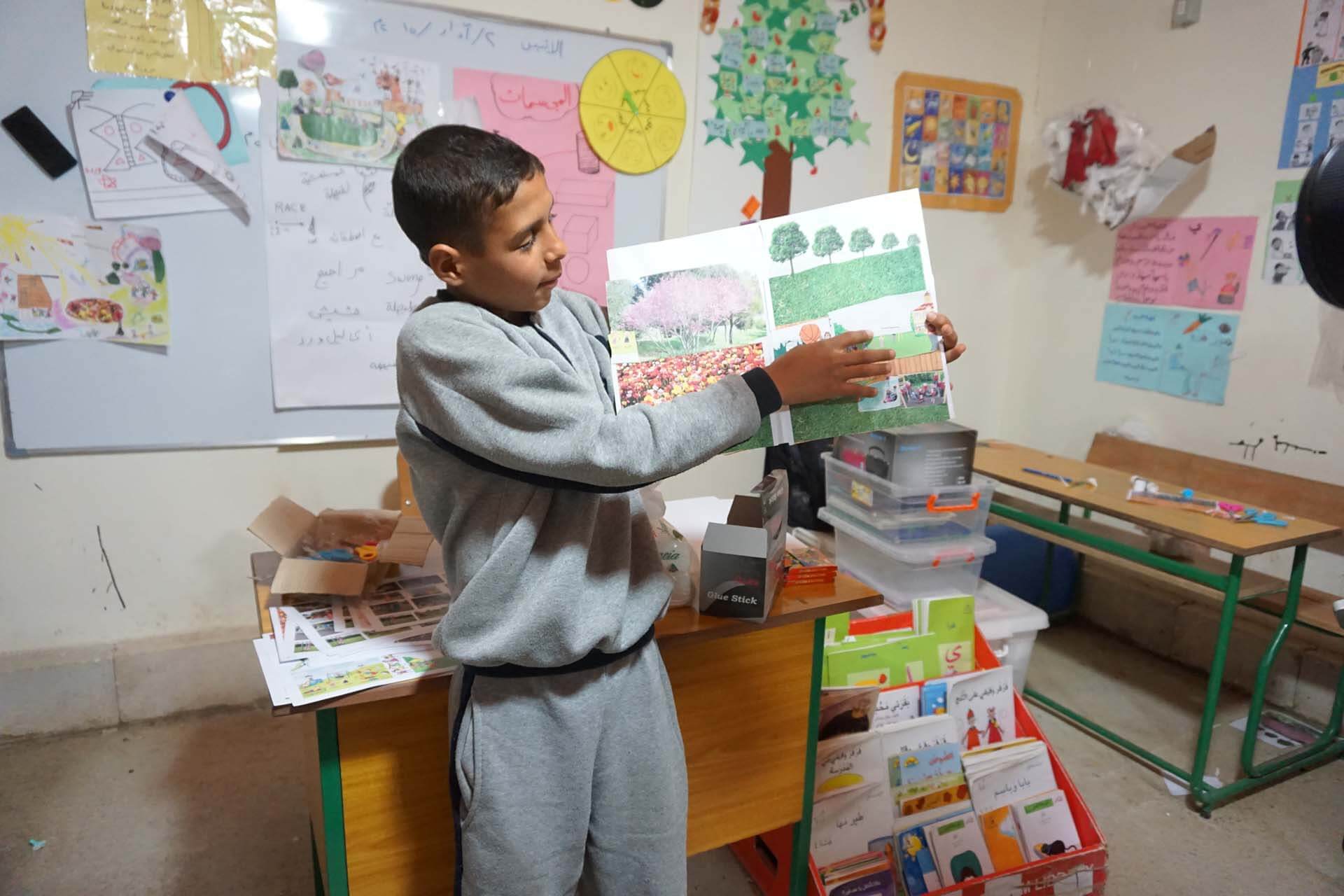 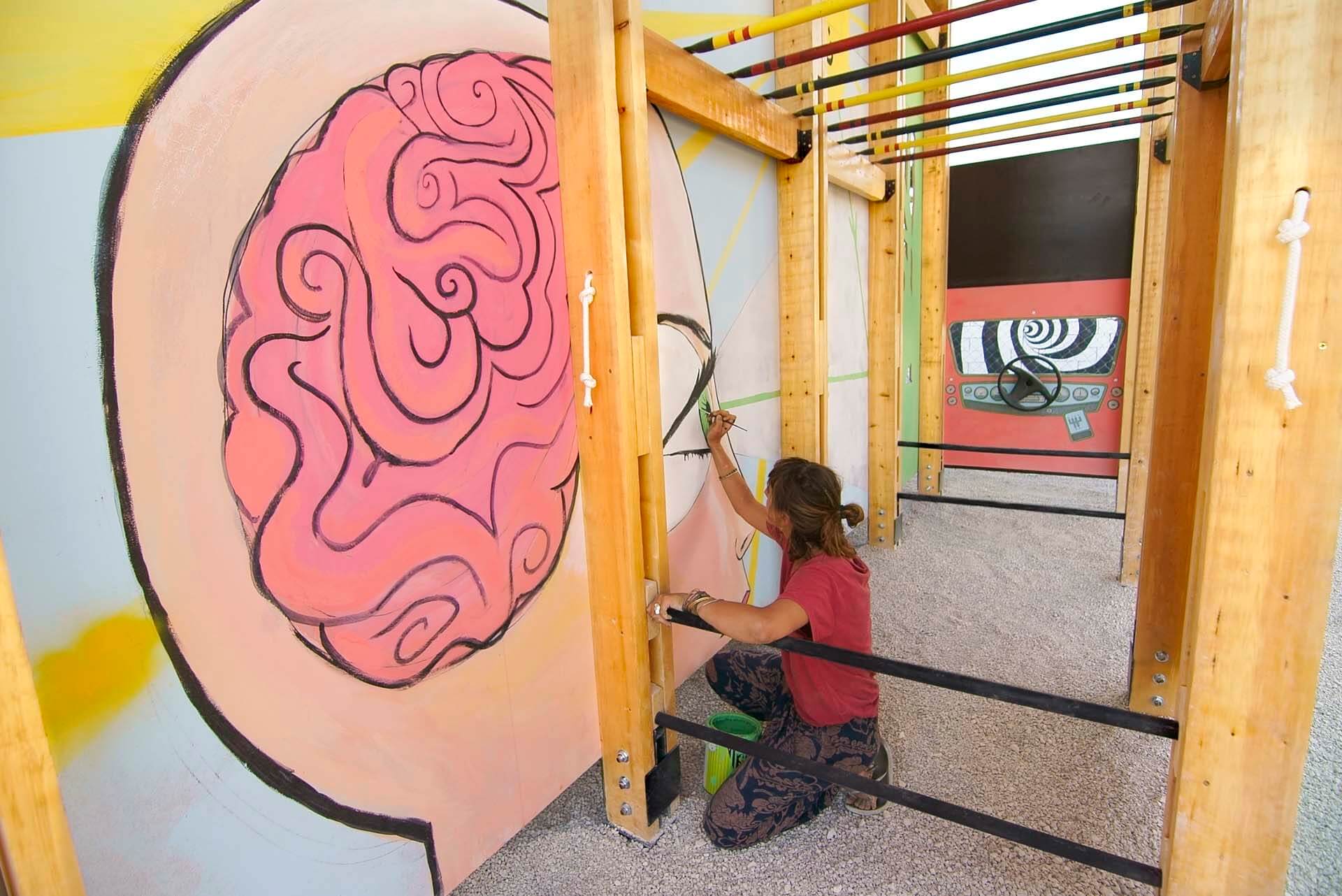 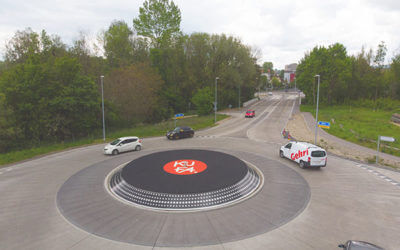 A record player as a roundabout. Maximum speed: 33 ⅓. 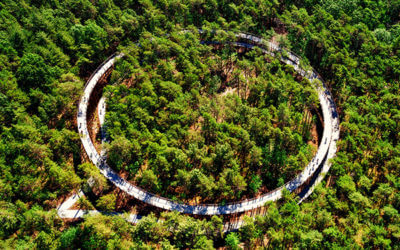 Cycling through the trees

After “Cycling through water” now this: Limburg is the paradise for cyclists. By Burolandschap. 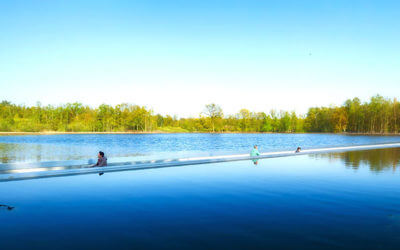 Here the water is up to the cyclists’ eye level. By Lens°ass architecten.

Durch die weitere Nutzung der Webseite stimmen Sie der Verwendung von Cookies zu. By continuing to use the website, you agree to the use of cookies. Weitere Informationen/More information