Appartment instead of upper tier: How about using our unused big stadiums as residential space?

Casa Futebol is a response to the large-scale structures known as “white elephants”.

The project “Casa Futebol” proposes a mixed and sustainable use of the stadiums renovated or built for the 2014 World Cup in Brazil by inserting 105m² housing modules.

Casa Futebol is an architectural response to the white elephants resulting from major sports events like the Fifa World Cup 2014 in Brazil. 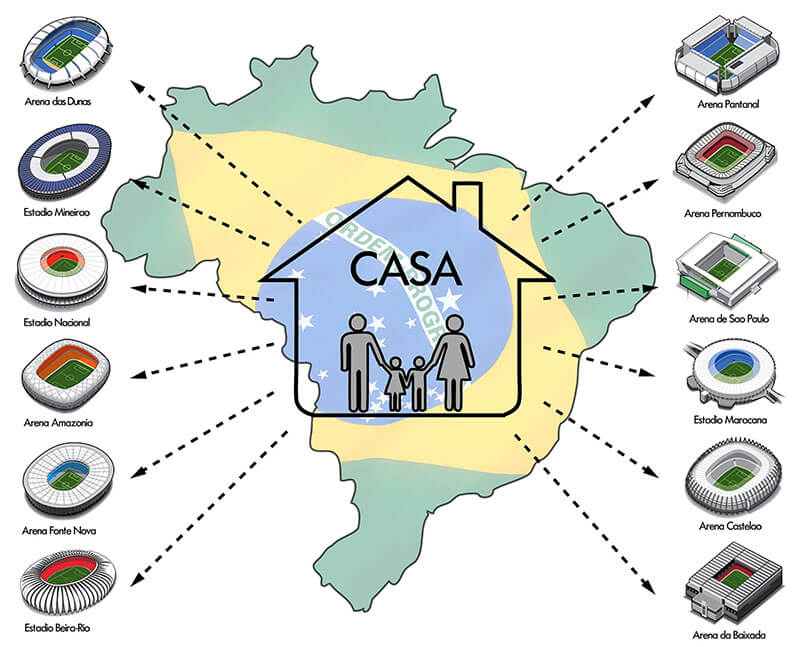 The project was designed by Axel de Stampa et Sylvain Macaux as a part of their Think Tank “1week1project”. Casa Futebol takes into account the housing deficit in Brazil (5.2 million homes) and covers all 12 Brazilian World Cup stadiums.

The central part of the stadiums (pitch and lower tier) is not affected by the conversion work, neither are match day activities.

Five of these six stadiums have been built with concrete or metal columns patterns with a 7 or 8 metres span. 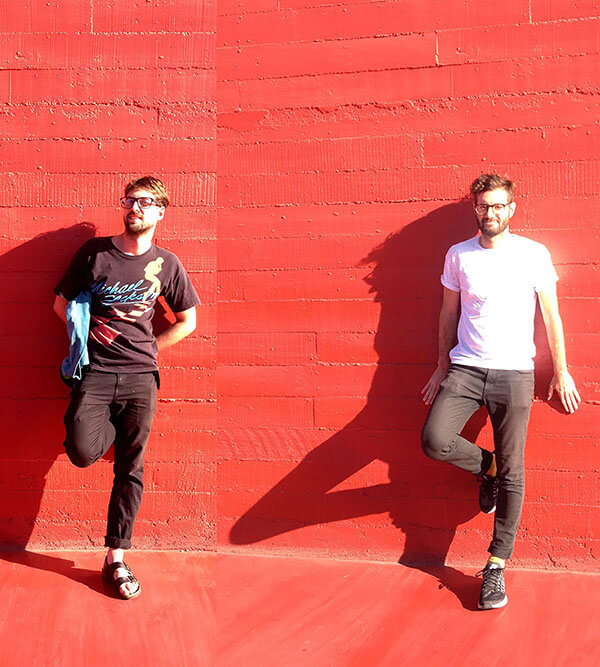 The prefabricated housing units can easily be inserted between the spans. The central part of the stadiums (pitch and lower stands) is not affected.

There are approximately 315 residential units covering the exterior facade and 315 indoor units for the Brasilia National Stadium. 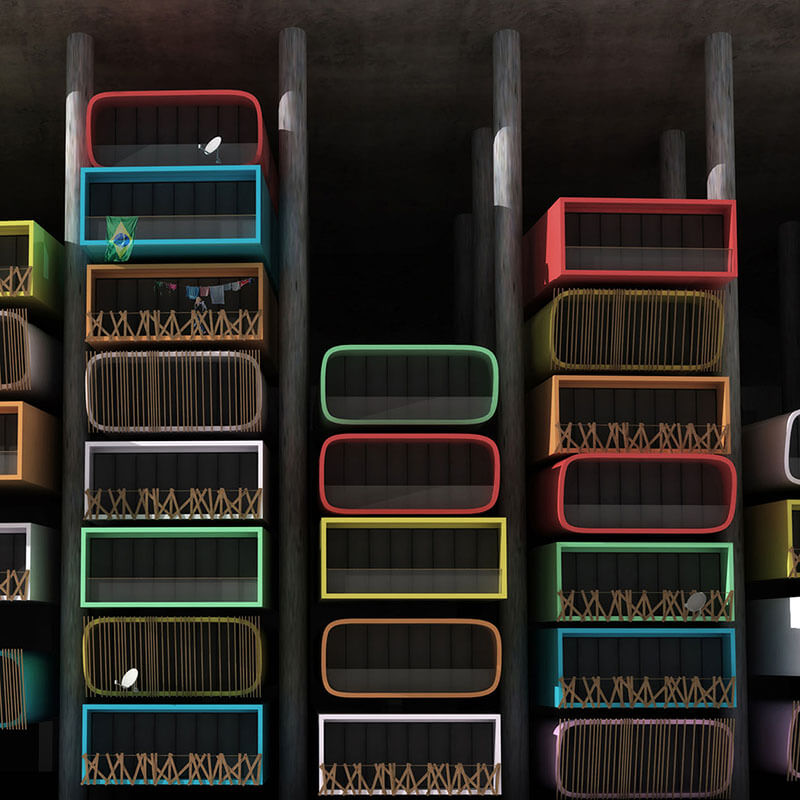 The architects are concerned about the socials context accompanying such big events. The stadiums are absurdly big, the housing issue in Brazil is so real. 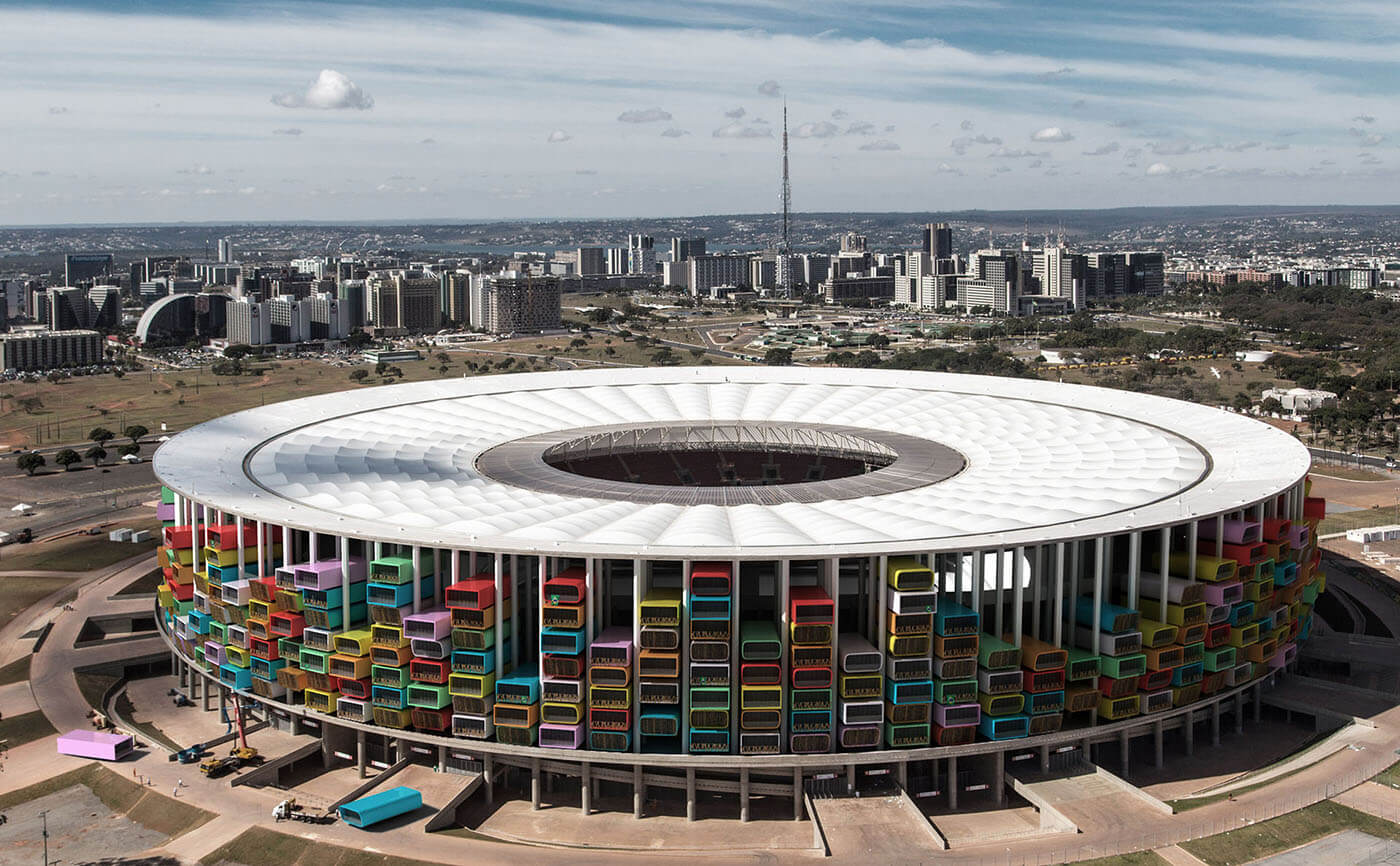 Cape Town Stadium, venue of the 2010 World Cup Final in South Africa, only hosted only seven matches in four years.