Probably the most innovative of the eight stadiums newly built for the 2022 FIFA World Cup Qatar™.

Stadium 974 will not be rebuilt after the World Cup, but dismantled. That is new.

Stadium 974 stadium is one of the most innovative of the eight stadia for the FIFA World Cup Qatar 2022™ and is also planned to fully resolve the legacy issue. After the tournament it will be entirely dismantled and shipped to other locations.

The idea of using shipping containers, a transport module used in world commerce, enables the structure as well as the stadium facilities, toilets, retail areas and prayer rooms to be unplugged,

disassembled and then shipped to other countries or distributed to other areas of Qatar. 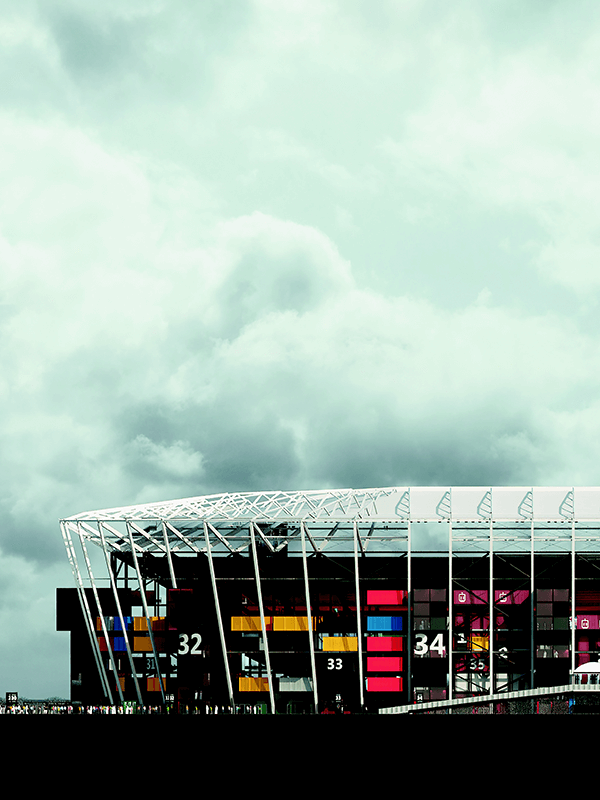 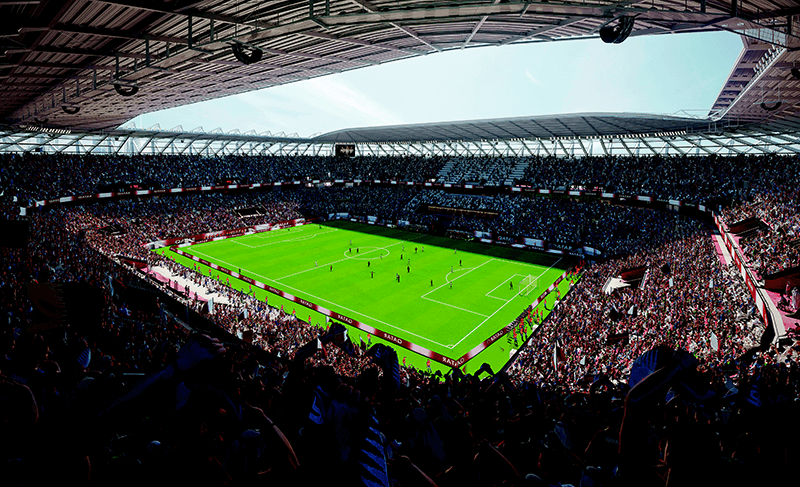 The very first thought when confronting a white sheet of paper was to develop another iconic and amazing stadium design. However, the design team, formed with our office, and Schlaich Bergermann & Partners as Structural Engineers, and Hilson Moran as MEP Engineers, began from the very beginning to feel this was an opportunity to develop something never done before, a stadium which would finally resolve the legacy values for such an international event. 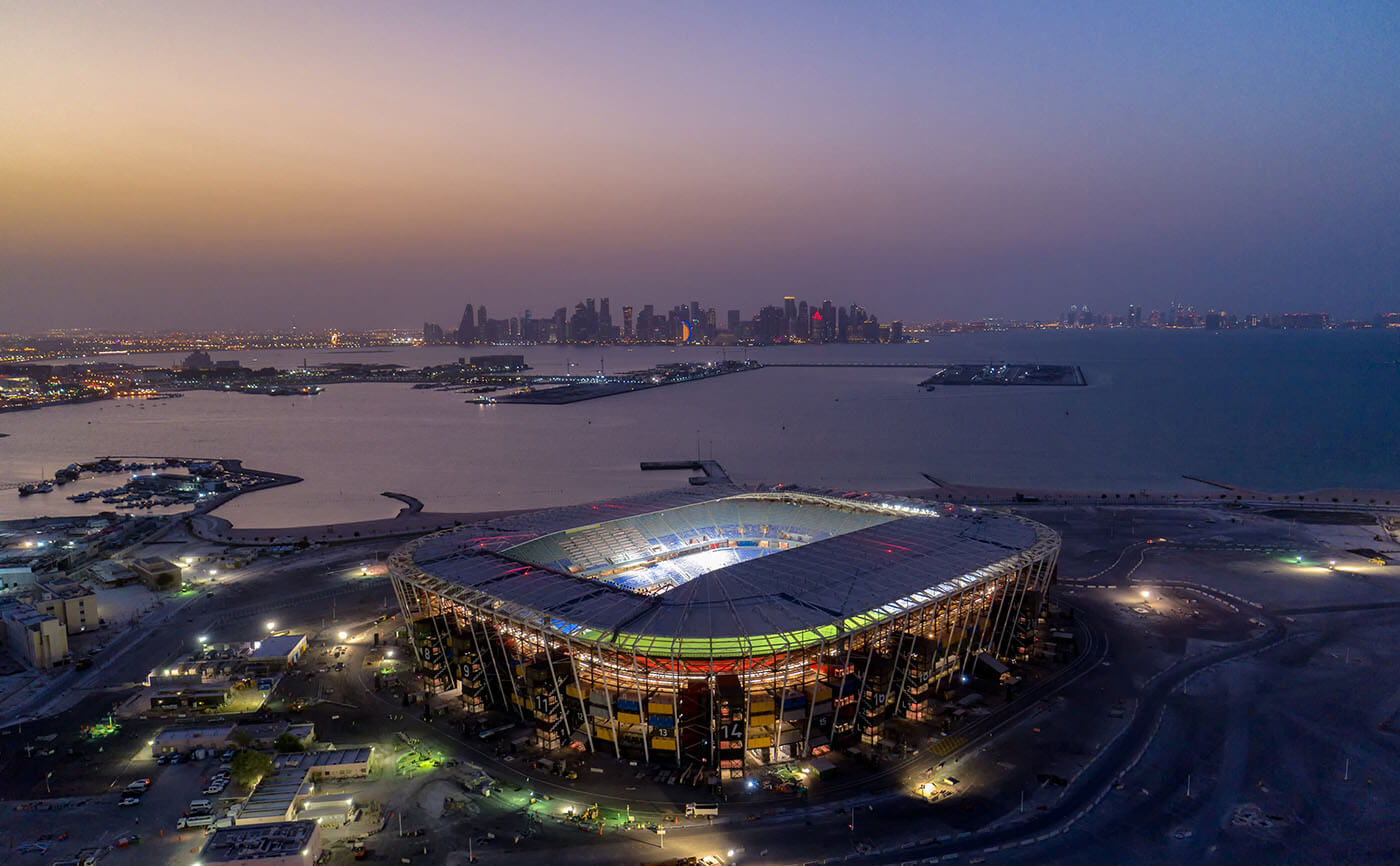 Stadium 974 wants to be the opposite of a “white elephant”, namely completely demountable and transportable.

So many times have countries developed football stadia for a major event, whether a World Cup or the Olympics, which afterwards had no real economic or socially sustainable legacy use. Stadia after major international events have been left to rot, as the massive costs of their upkeep

were not accounted for in any budgets due to the lack of a real economically sustainable legacy plan. Many such expensive and underused ‘white elephant’ structures can be found in countries such as Greece, Russia, Brazil and South Africa.

The need for the stadium to be dismounted and taken to other locations is paramount for the success of the idea. For this reason the architects and engineers strove to establish rational and cost-effective construction methods, with as few parts as possible, essentially by applying module elements. 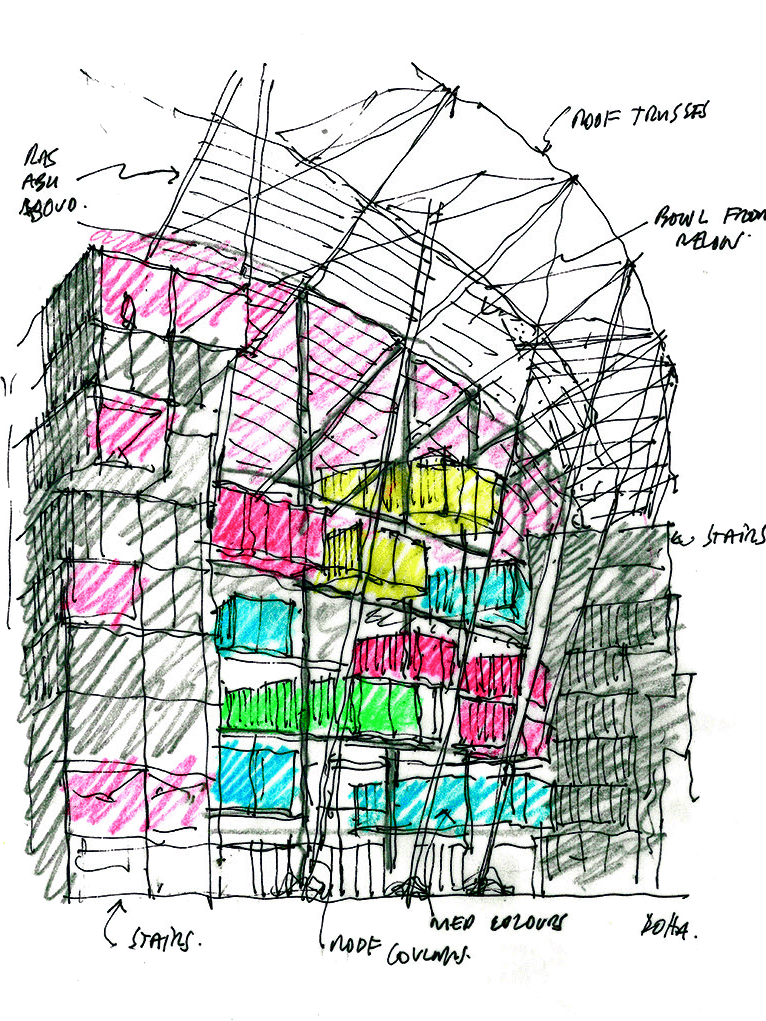 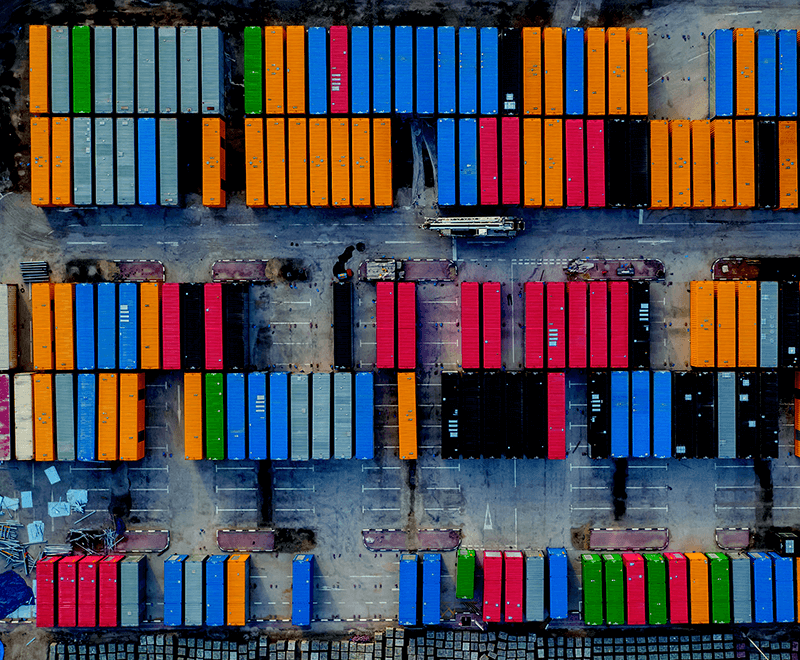 Stadium 974, whose industrial design process ensures a fully FIFA-compliant venue, will host games up to the round of 16 stages of the World Cup. It has a tournament capacity of 47,500 seats and is the only stadium in this or any past World Cup which has a total capacity of 0 seats after the event. 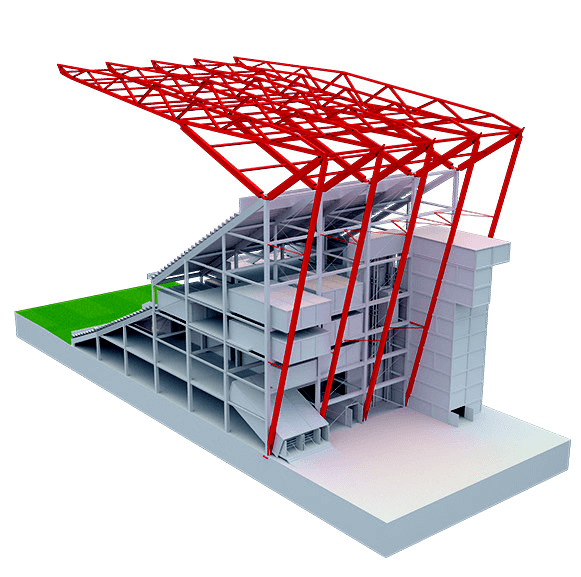 974 containers were installed to prepare the stadium for the World Cup.

Stadium 974 is located directly by the sea.This provides the opportunity to load and unload the stadium containers.

If a stadium is to be cost-effective there needs to be a rationalisation of the structural and engineering systems. A system which is able to be repeated is essential to achieving a cost-effective project, allowing for both simple construction and simple and effective deconstruction.

The main idea for the stadium was to use standardised shipping containers as the prime ‘building blocks’. 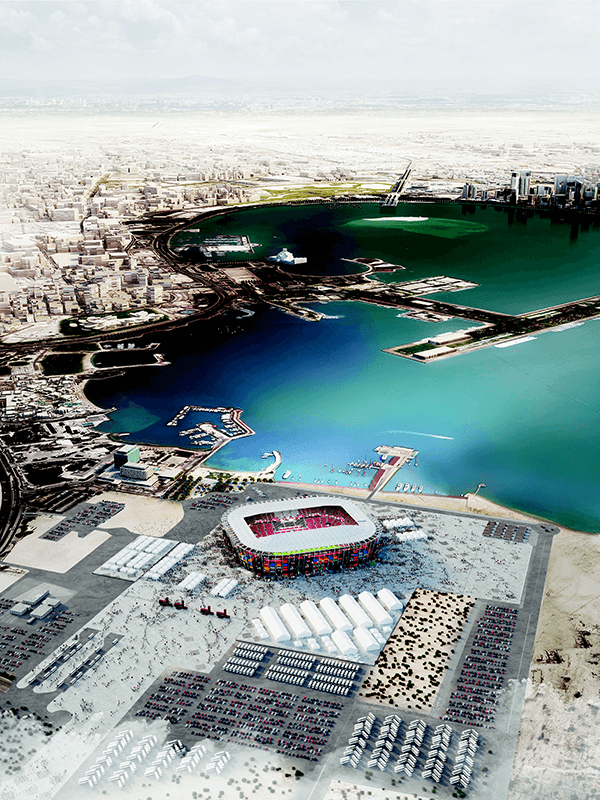 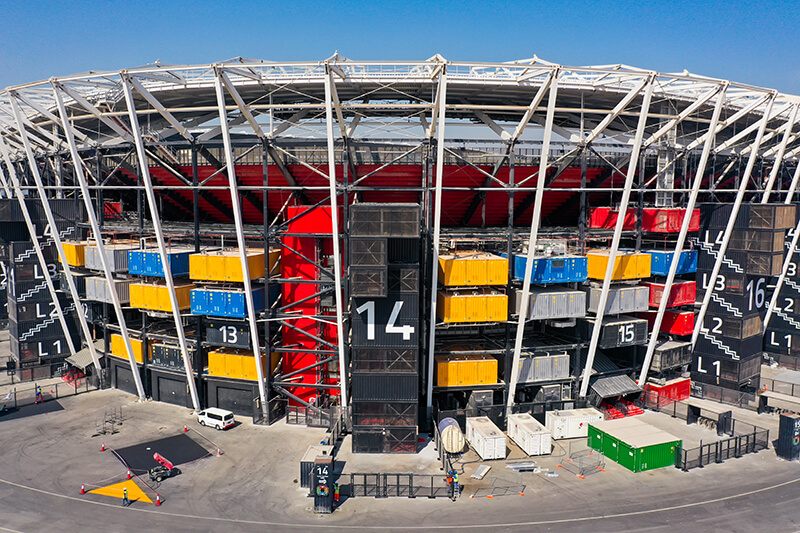 Stadium 974 is located on a magnificent site close to the sea, by the Doha Corniche and Bay. It is situated on the east side of Doha, very close to the old airport. The site has direct access to the water, and hence the ability to load and unload the containers of the stadium. 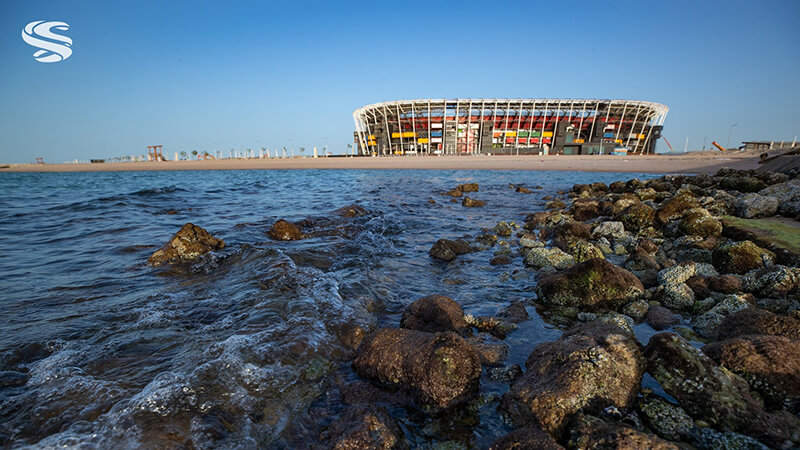 The entire stadium was built with only ten different modules.

This stadium requires two different modular systems. The first is to establish a grid column-and-beam structure (Meccano concept) and the second is to have modular volumes for the stadium’s different uses (Lego concept).

This solution means the project is totally modular. The columns and beams are all designed to be bolted together, allowing for easy assembly during construction; after the event the whole structure can be unbolted, disassembled and transported with great ease. 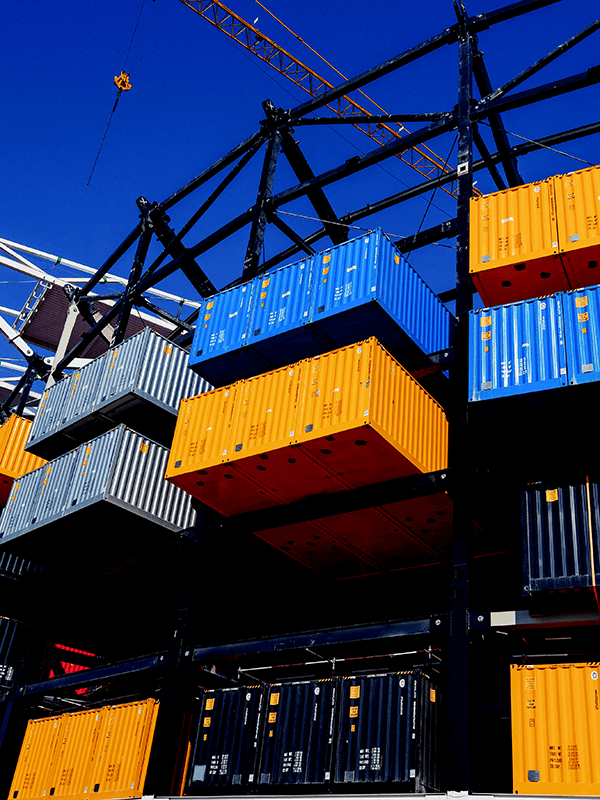 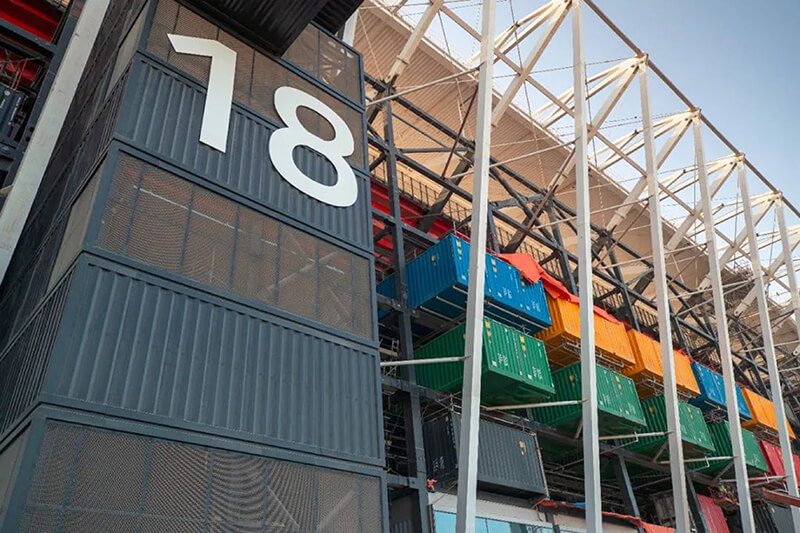 Every portion of the stadium is built using a regular and repetitive steel frame system. The straight steel members of the beams and columns arrive at the site in containers or as bulk cargo. In most cases the base grid measures 9 m x 8.5 m in plan, except in the corners where the base grid is radial. In total, the entire stadium can be constructed with just ten different modules. 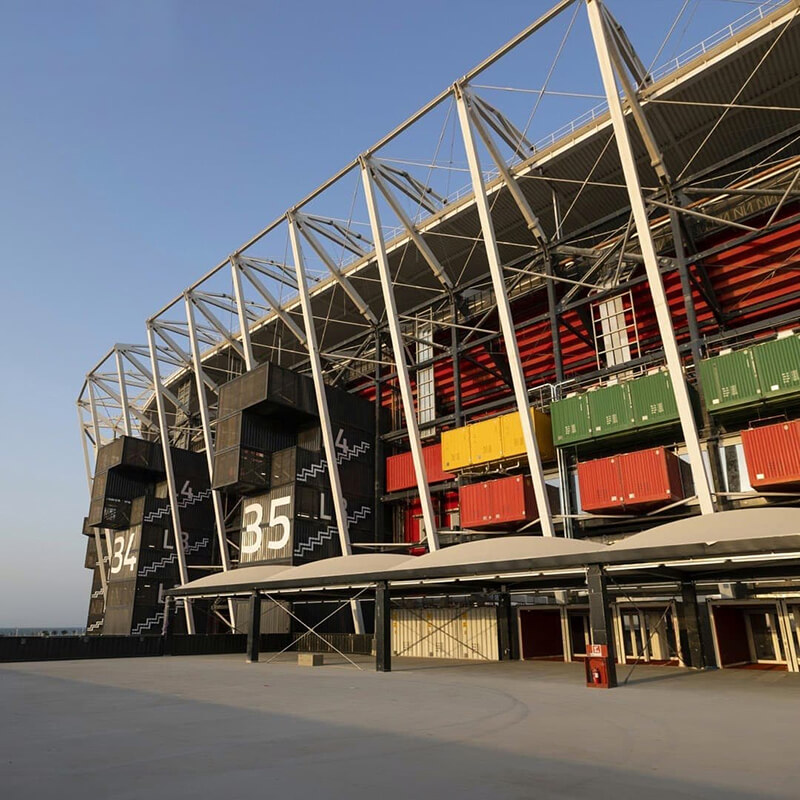 Stadium 974 could become a milestone in sports architecture for major events. Especially if we see it again at the next World Cup.

The whole stadium will be dismantled and stored in containers when the World Cup event is over. The containers are to be loaded onto a cargo ship and transported to destinations with future sports infrastructure demands. It would take approximately three years from stadium disassembly to complete re-erection of a fully operative stadium at a new location. This includes the transportation of containers with all part kits and the assembly phase.

The stadium could thus be fully functional for any subsequent major sport event such as the 2026 Asian or FIFA World Cup. 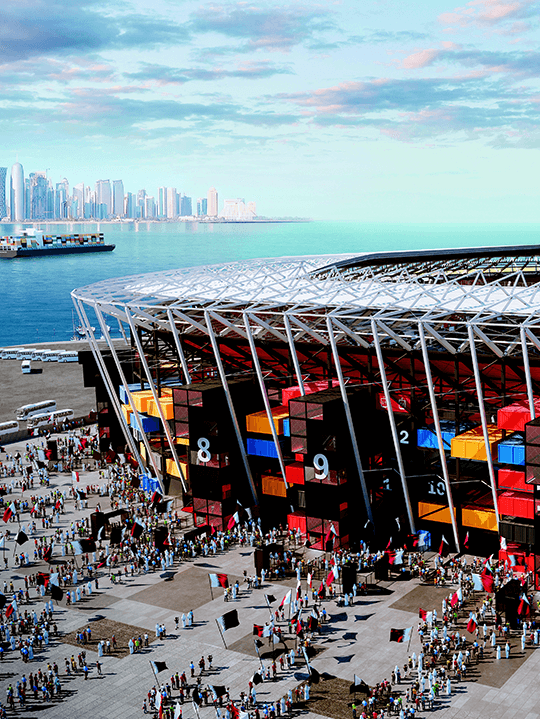 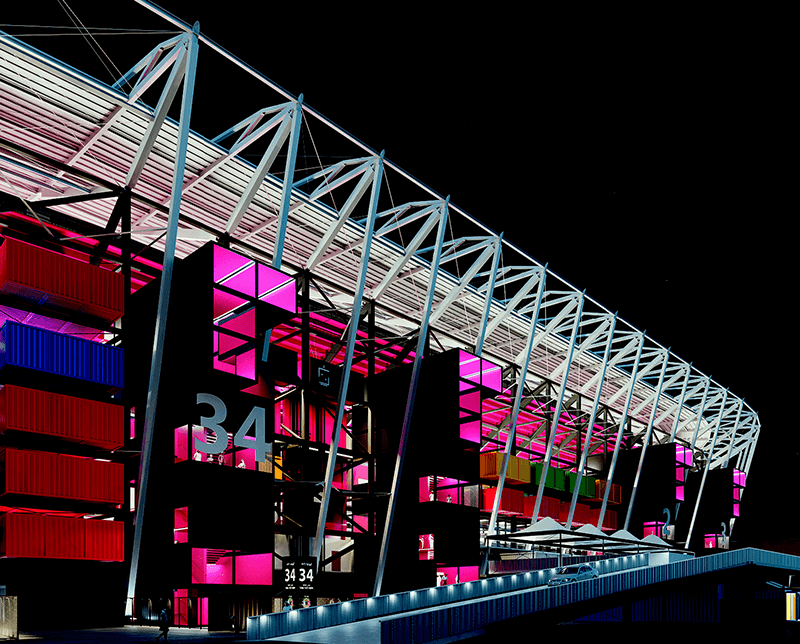 The industrial character of the containers not only gives the stadium a truly spectacular “form follows function” façade, the whole project could become a milestone in sports architecture for major events. Let’s hope we see Stadium 974 again somewhere else in the future. 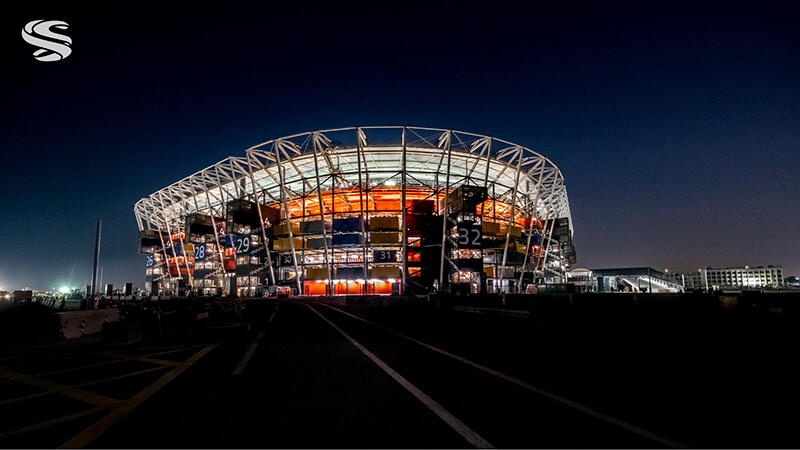 Supreme Committee for
Legacy and Delivery 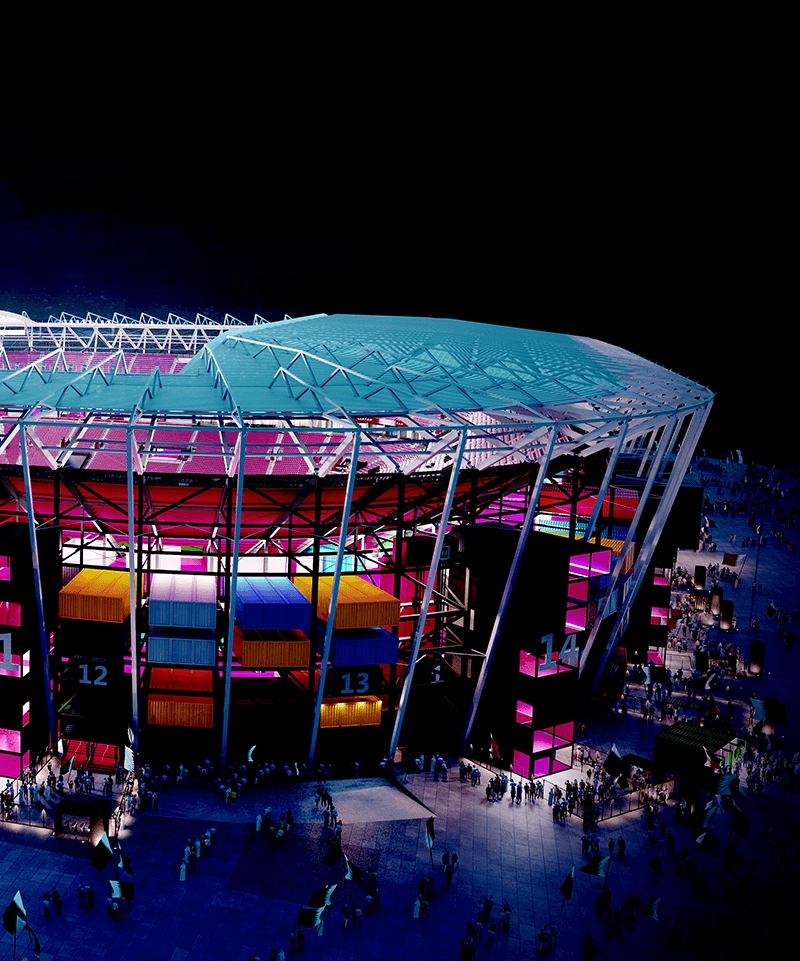 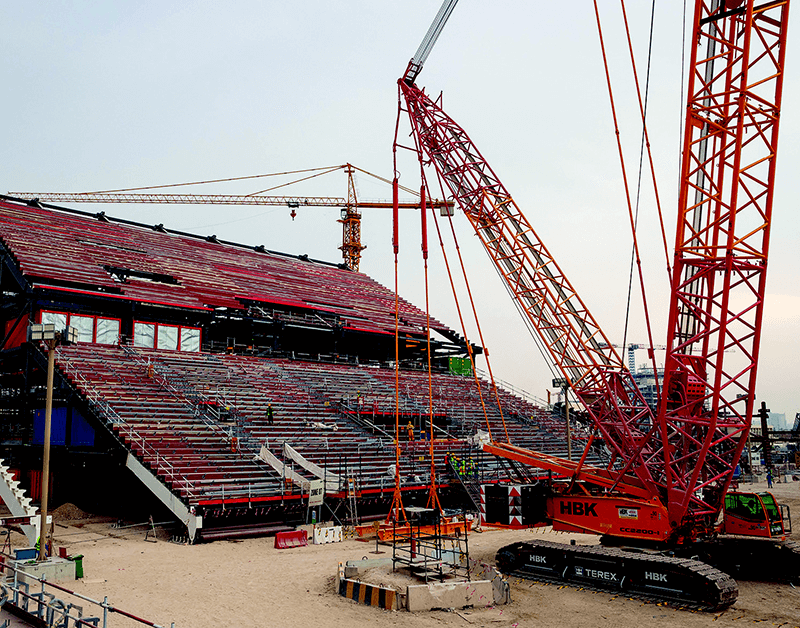 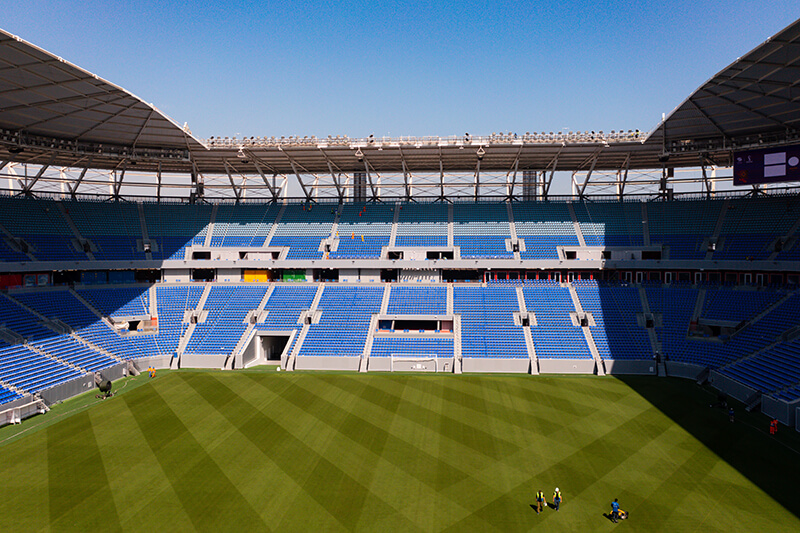 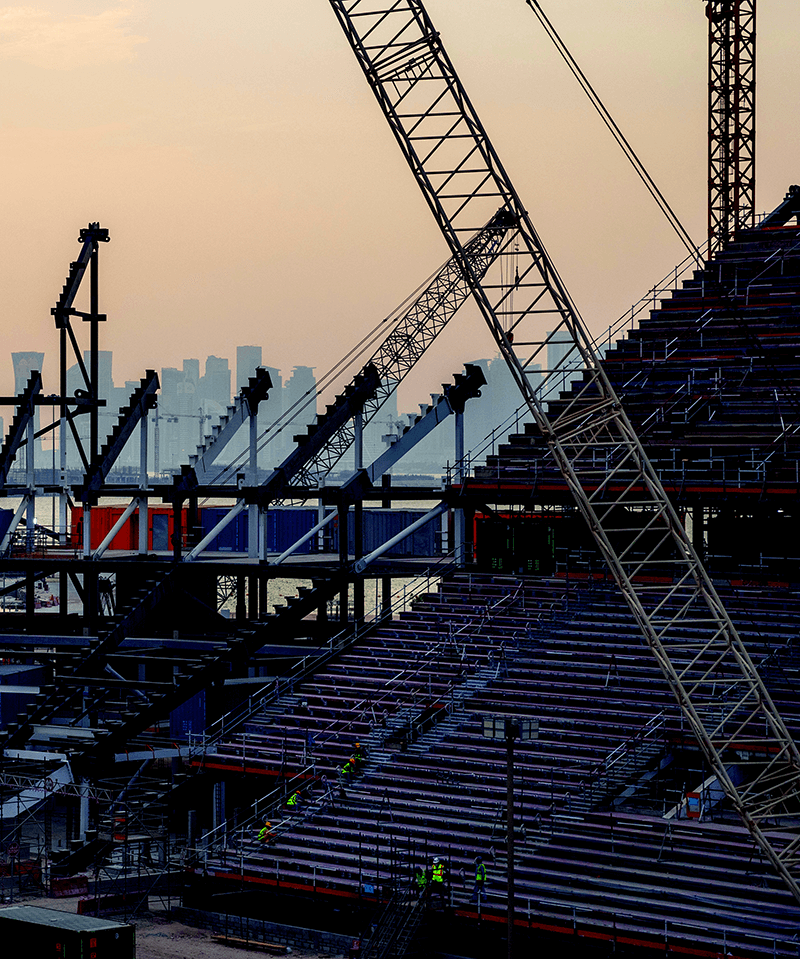 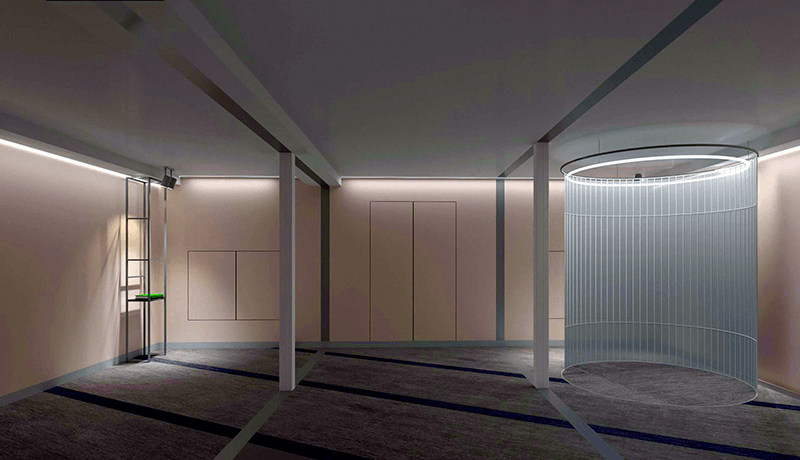 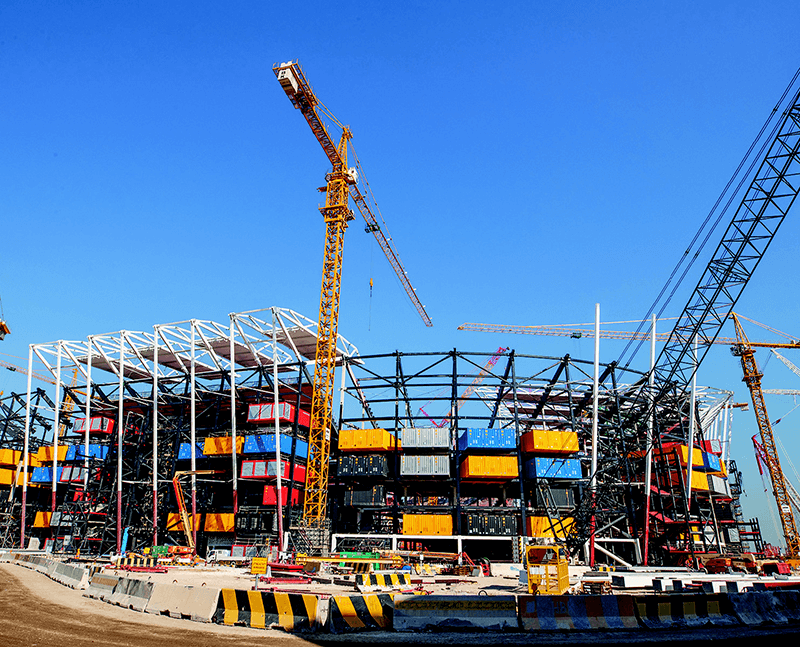 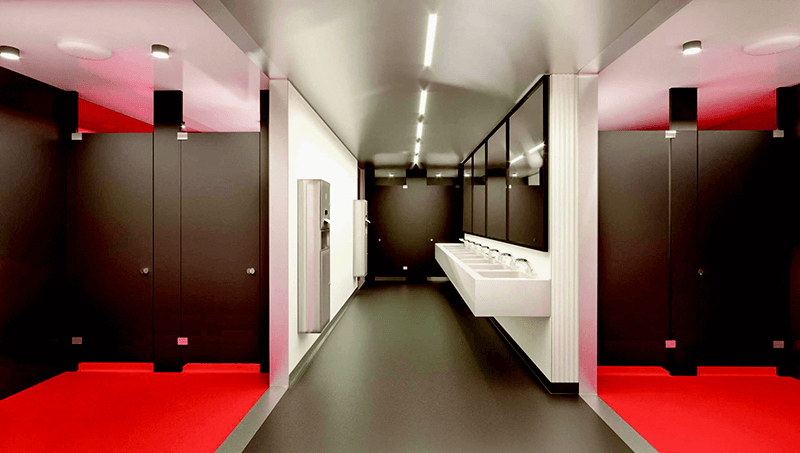