Mannheim is not only known for its square city layout and Baroque palace, but also for its diverse citizenry.

Mannheim, a medium-sized city in southwestern Germany, is known for its grid-plan city layout, its baroque palace and its brutalist buildings – but also, and above all, for its ethnically and culturally diverse population. This diverse and colourful mix of people can be experienced, among other places, in Neckarstadt East and Neckarstadt West, two districts northwest of the city centre.

The cultural link between the two neighbourhoods is ALTER, a public space situated next to the Alter Messplatz, which, with its free sports and cultural activities, is a place to meet, pass time and get together. 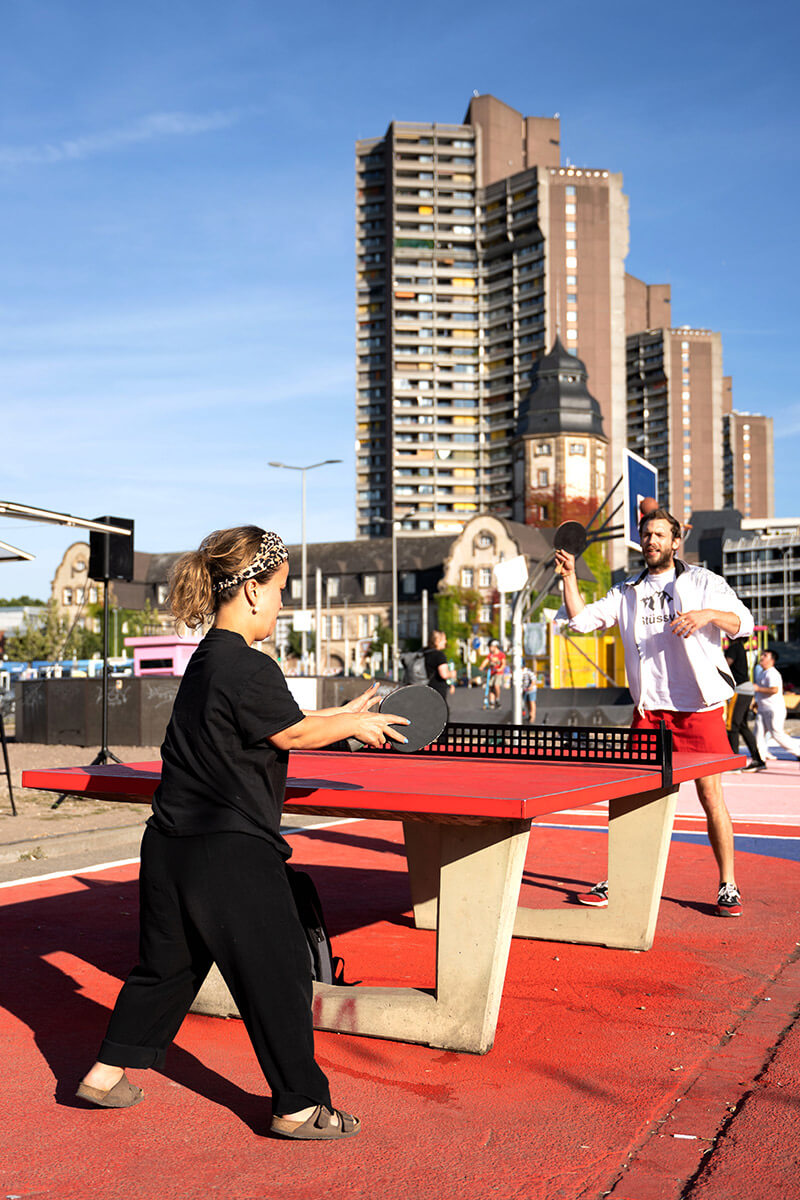 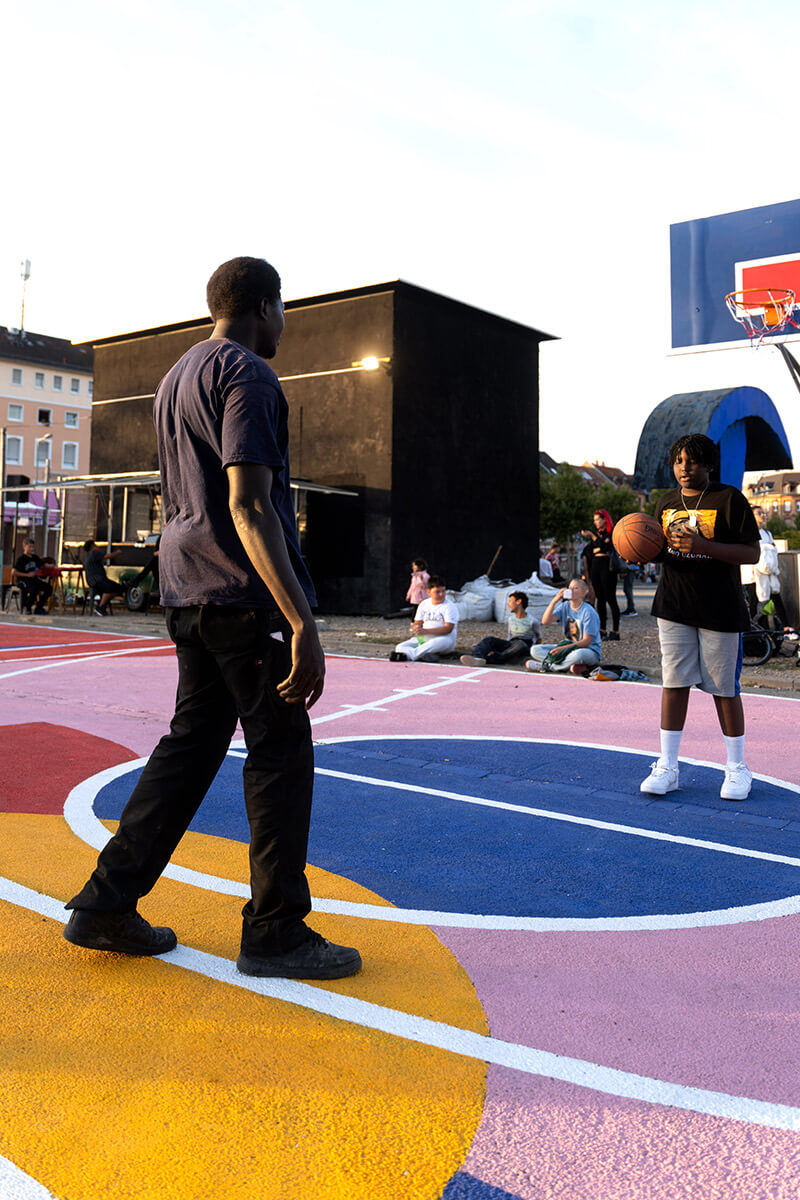 A graphic has been installed on a sports pitch at ALTER that tries to express all the positive qualities of this community-creating space: a ‘supergraphic’ that seeks to visually represent and strengthen the existing cohesion of the people and its atmosphere.

The project also aims to set a marker for the preservation of public cultural spaces, both within the city and beyond. 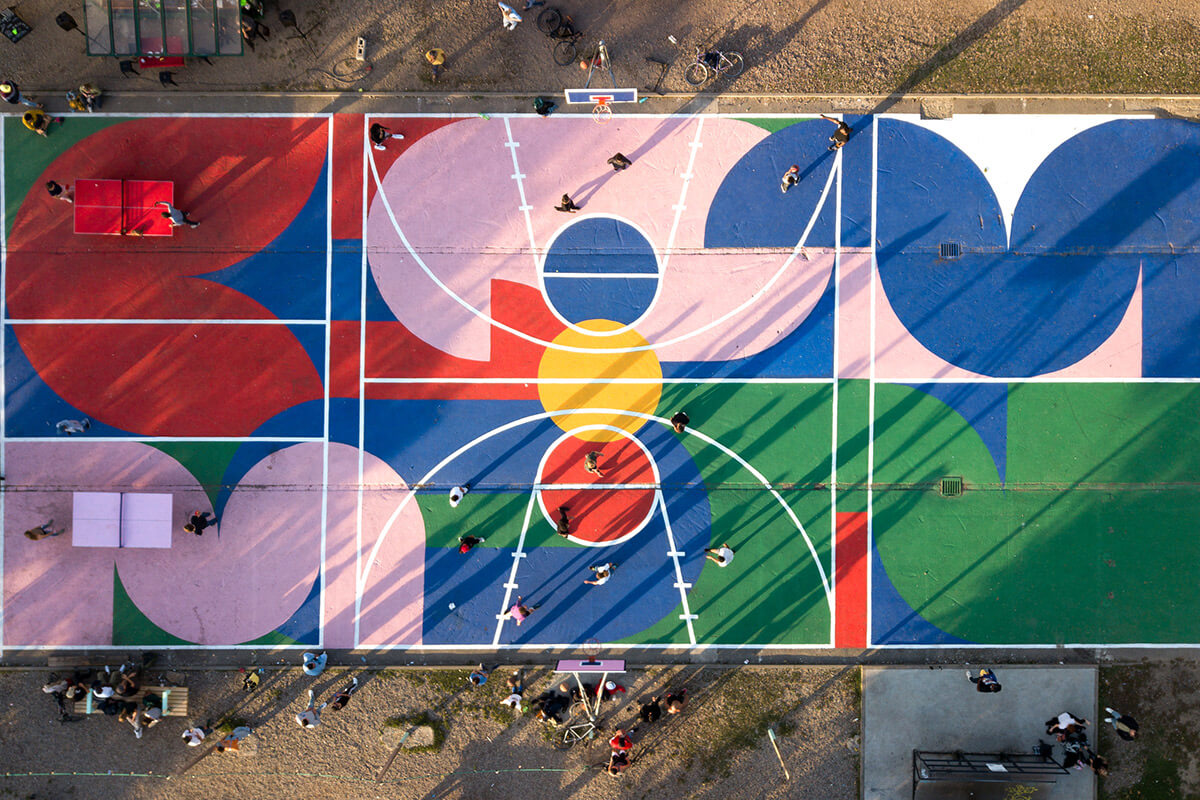 The aspect of active togetherness already came into play during the realisation, because several interested people spontaneously followed the public call for help every day.

“Common Monnem – together Mannheim”: The title of the project is composed of the words “Common” and “Monnem”.

The 38-metre-long and 16-metre-wide supergraphic with a total area of over 560 square metres follows a typographic approach. This draws reference from the basic geometric motifs in the poster for 1975 State Garden Show in Mannheim. The iconic skyscrapers overlooking ALTER were also constructed around this time. The oversized lettering “Common” forms the focal point of the graphic. The letters are oriented towards the centre of the pitch – analogous to players who gather together in a circle before a game begins: they hook into each other in a circle and thus form a unit. 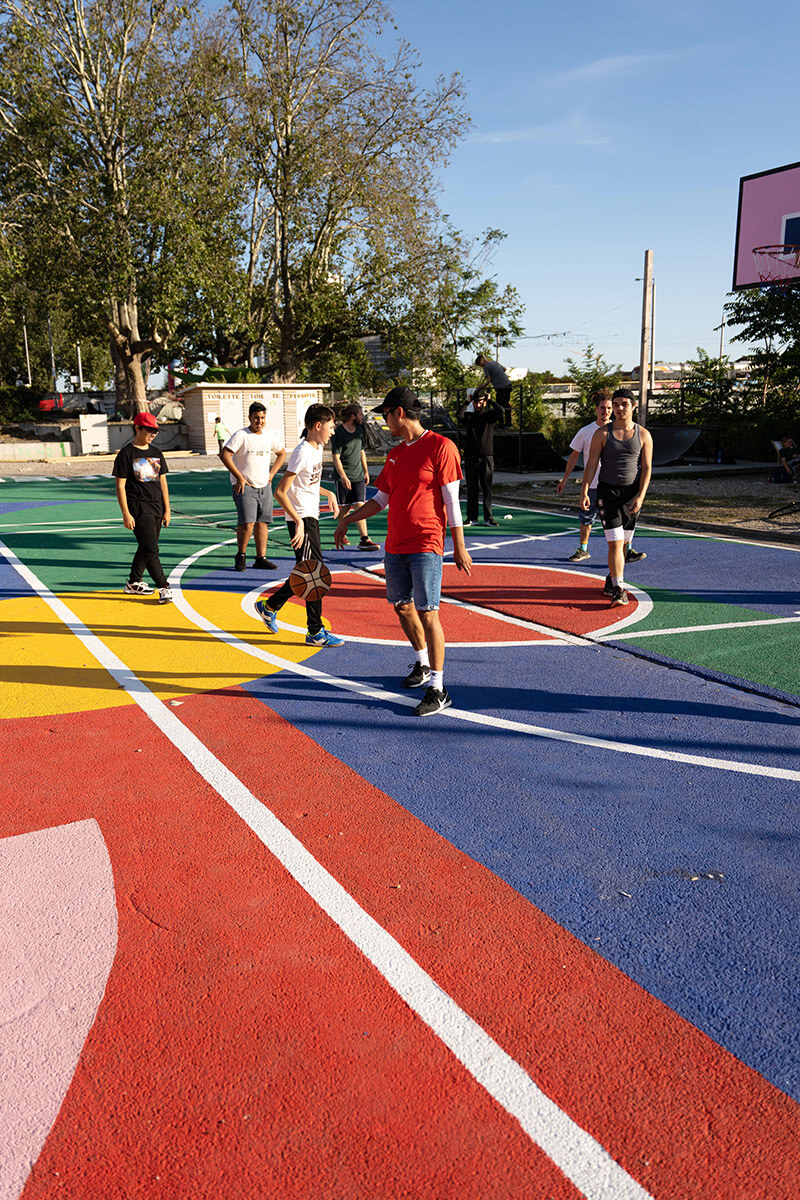 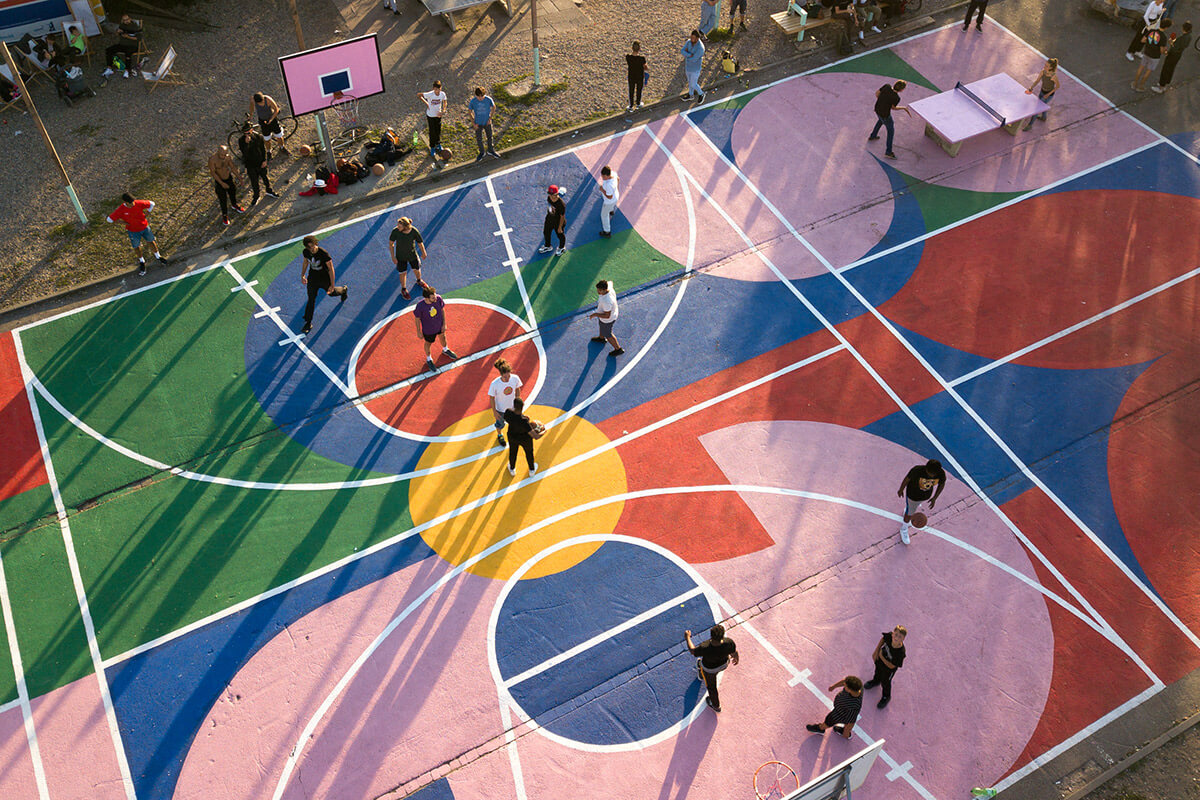 The graphic’s connection to its location is also reinforced by the choice of colours. The pink, for example, picks up on the colour of ALTER’s facade, while the green establishes a relationship with the adjacent green space on the banks of the Neckar river. The red, blue and yellow are taken from Mannheim’s city coat of arms. 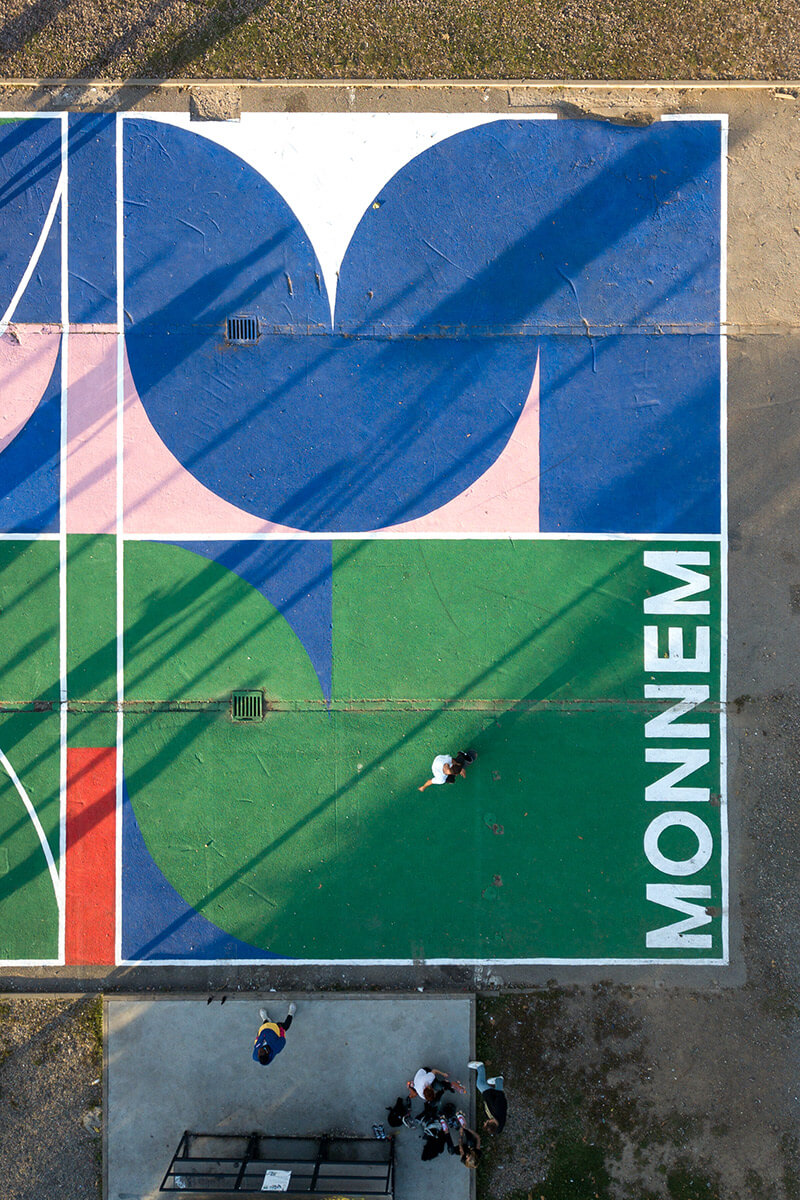 The intended theme of active togetherness was already present during the realization of this project. Numerous interested people spontaneously responded to the public call for help on a daily basis. Thus, while the super graphic was being created, the declared goal of the project was already being realized: “Common Monnem – Together Mannheim”. 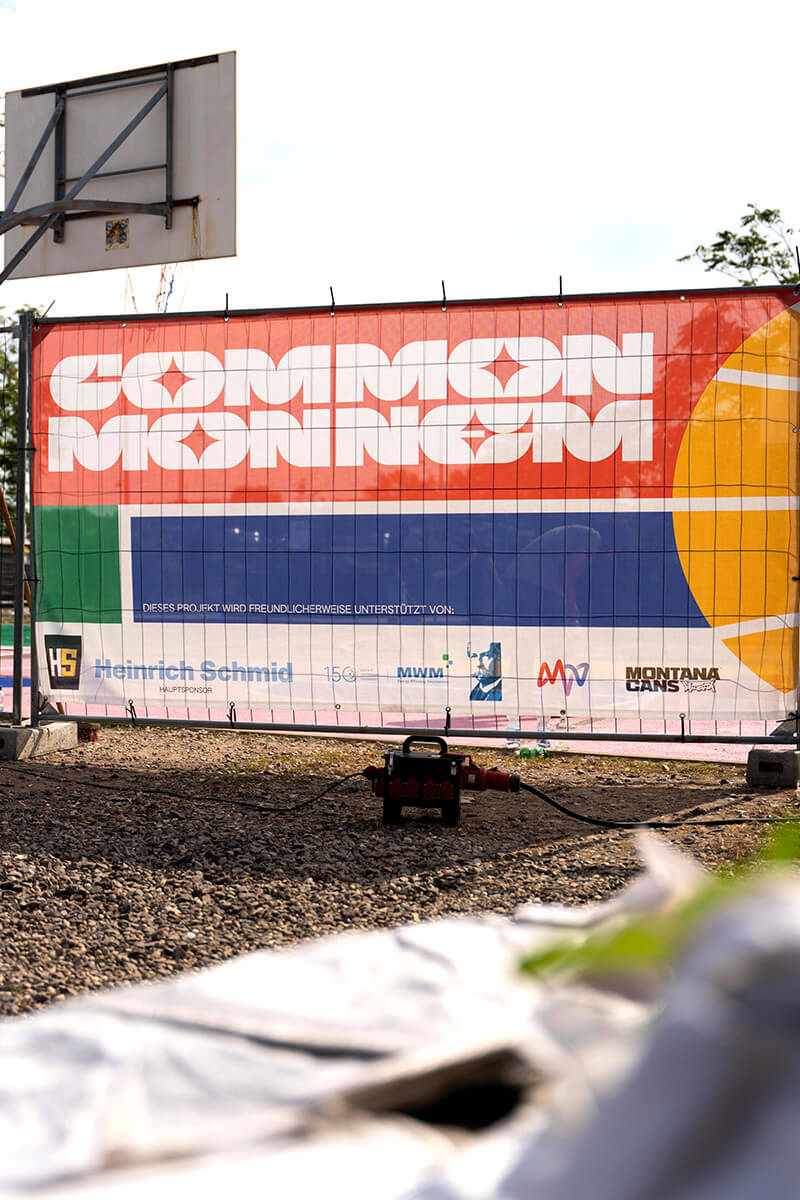 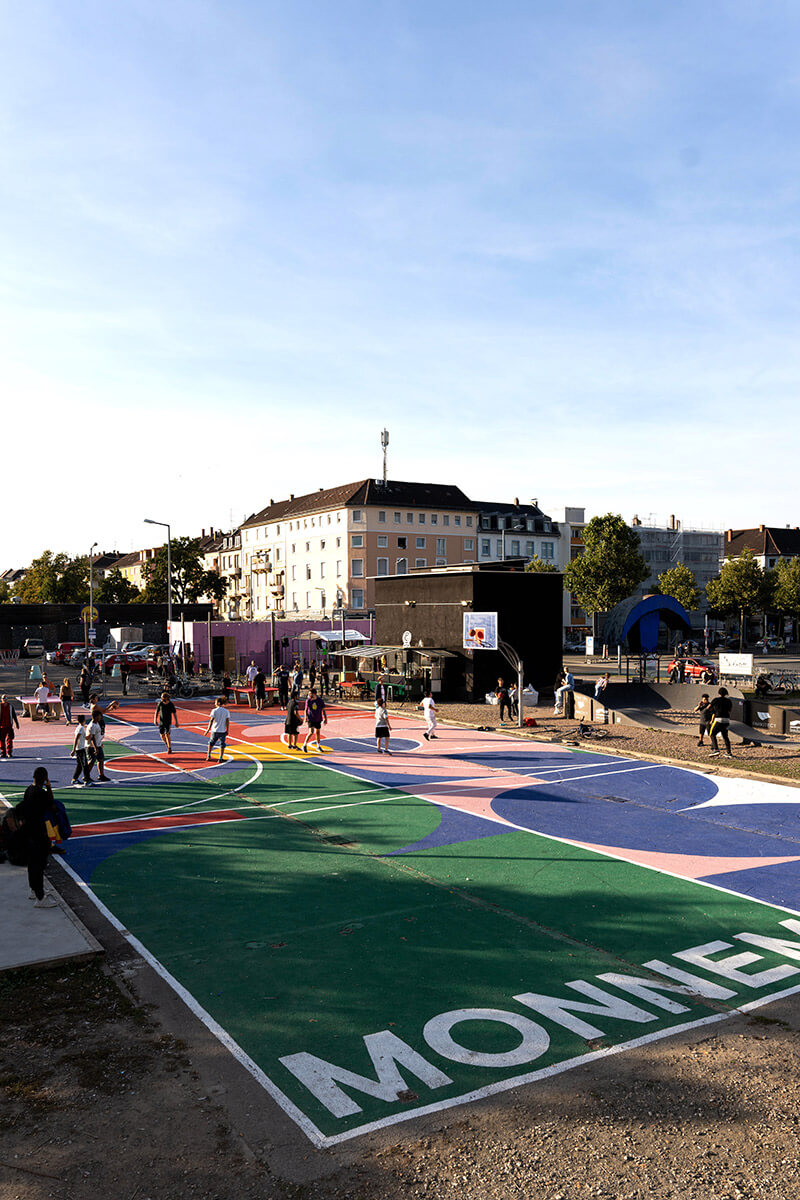 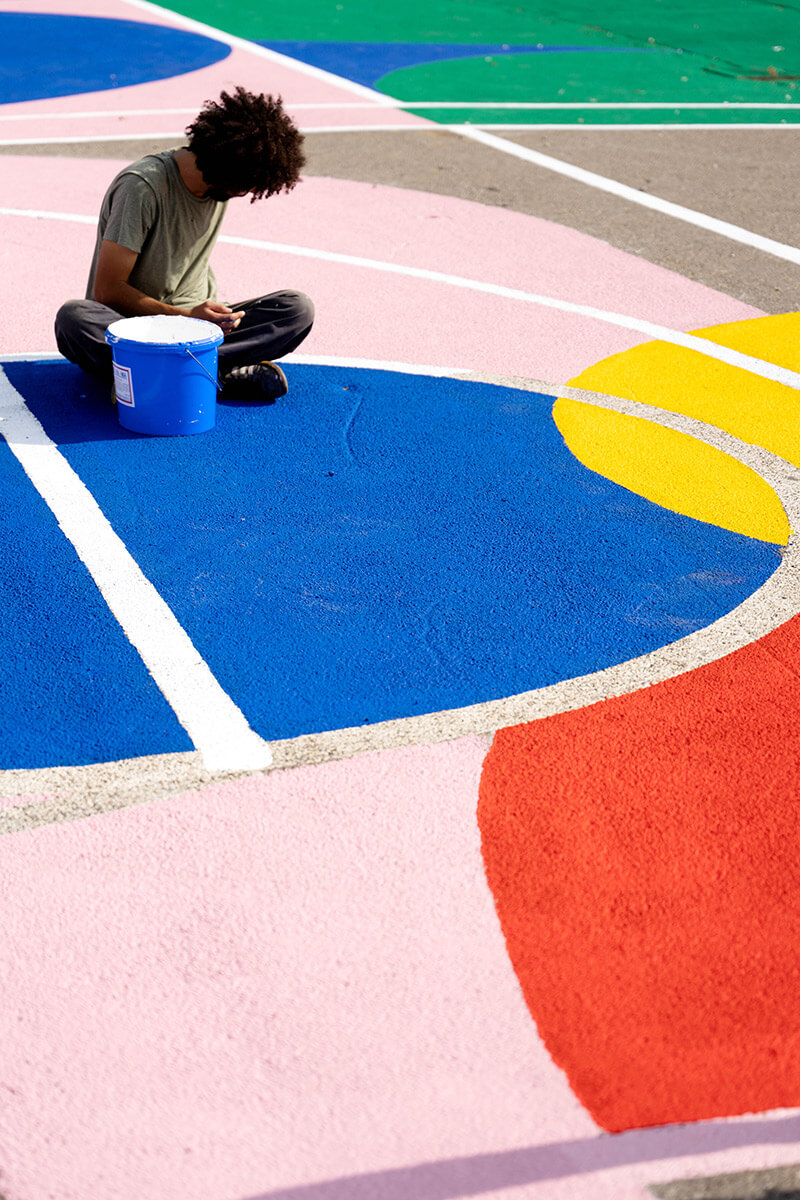 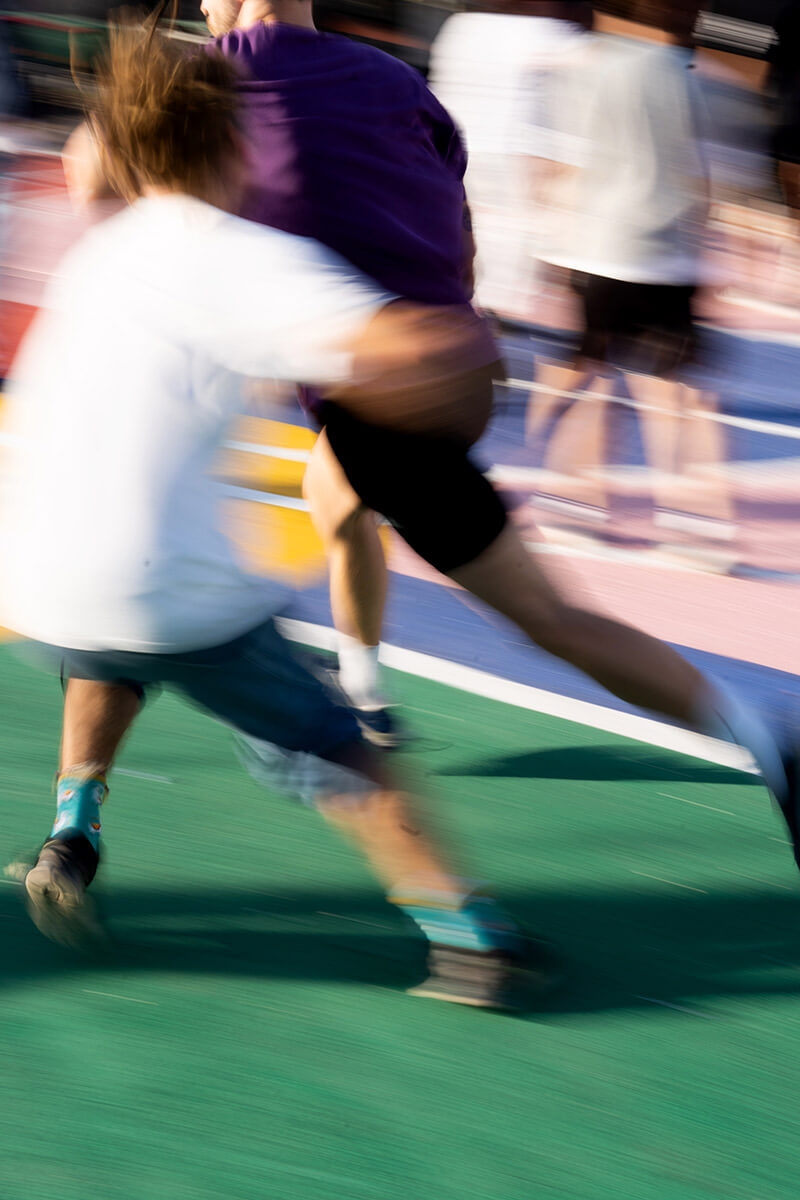 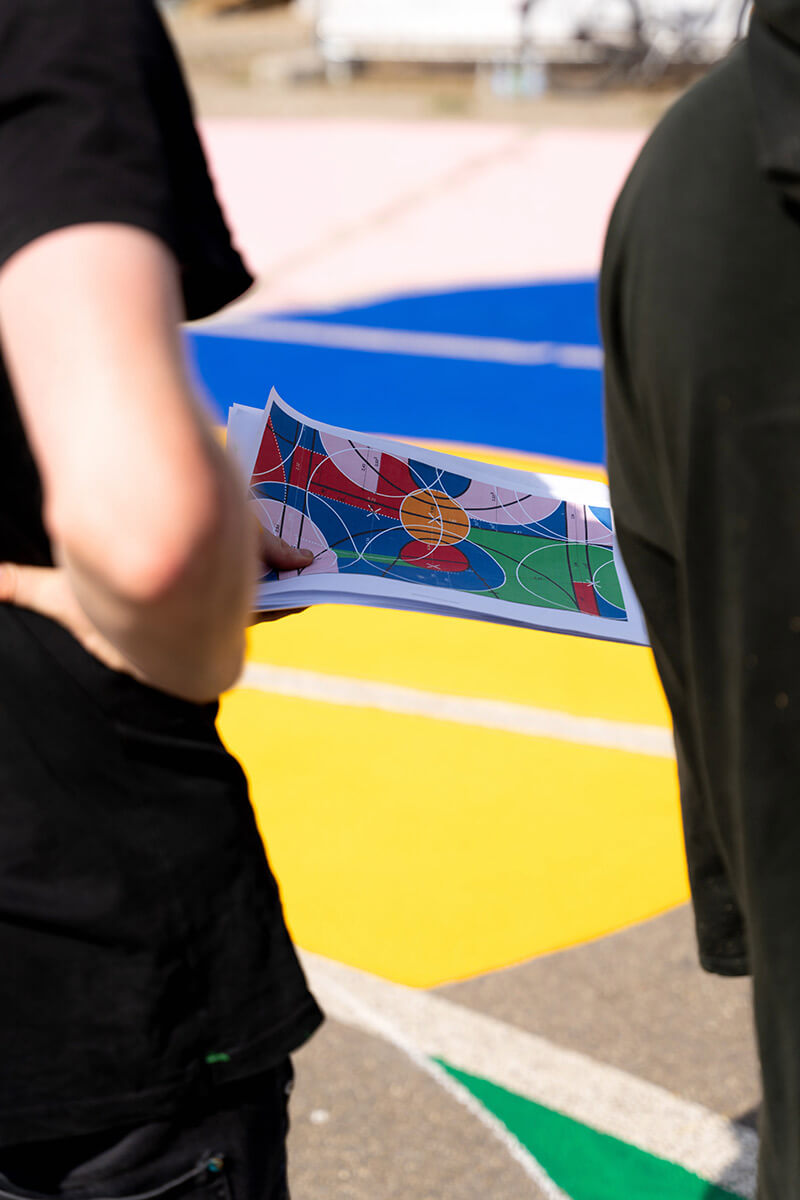 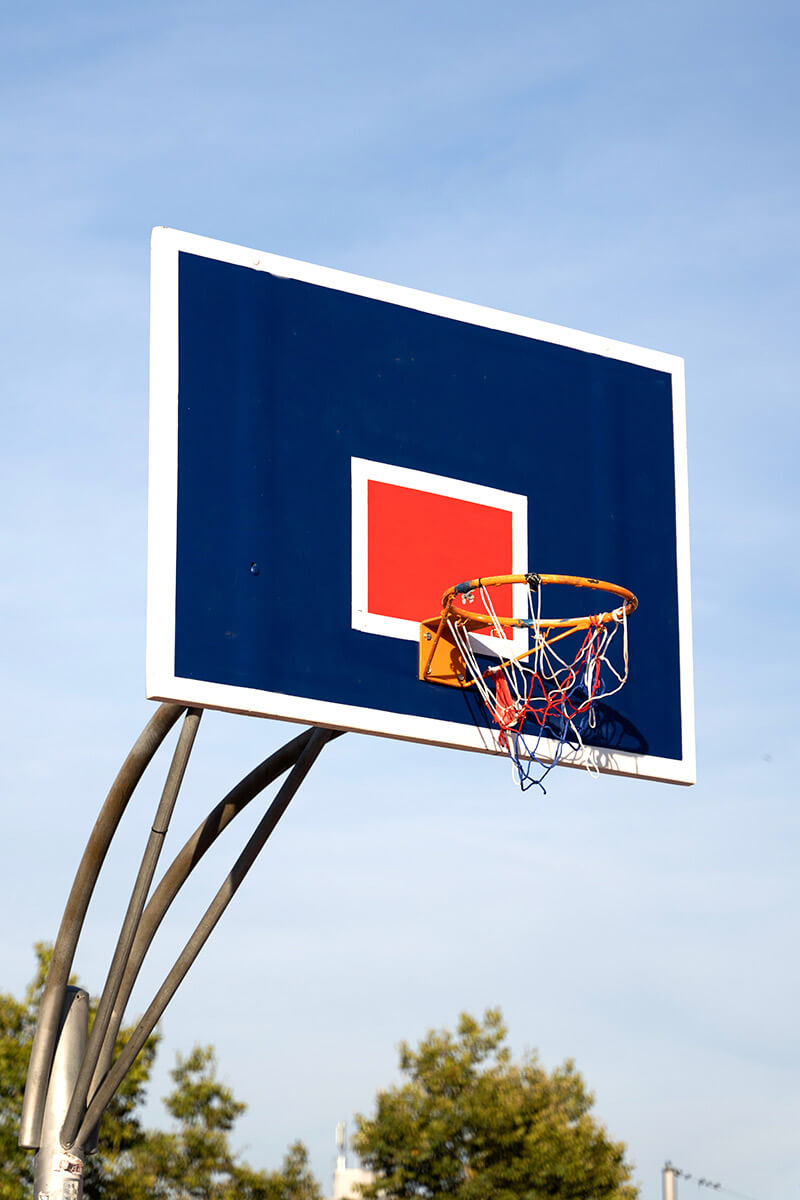 You may have more of this.

How can we be of service to you?